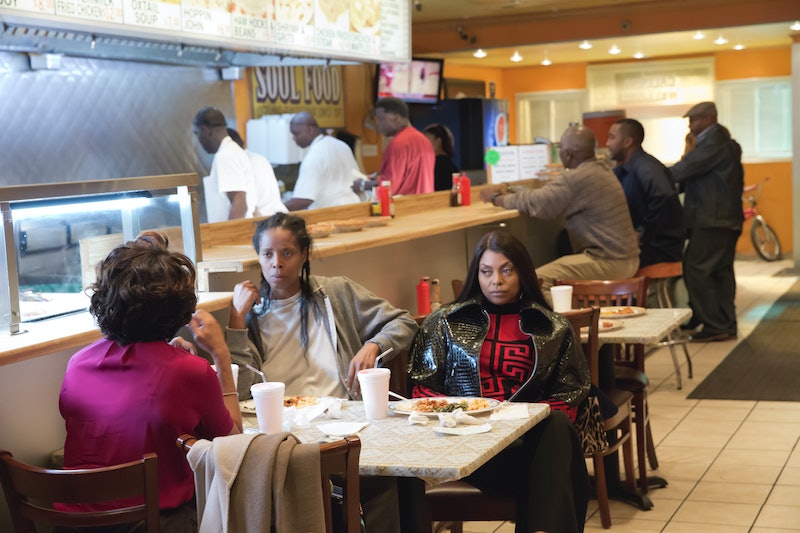 When the Cookie is away, clearly the Carol will play. On Empire, Cookie and her sister Candace went on a hunt to find their sister Carol who was MIA for a while. The two, who clearly have their own issues, went to look for Carol in Philadelphia—and found her, but not in a state that was at all healthy. Candace and Cookie decided that one of them would watch after Carol, but in the decision process it was revealed that Carol did something while Cookie was in jail. Except, Cookie doesn't know about it. Aka, this is going to get good.

While Cookie was in the bathroom, Candace alluded to the fact that Carol did something that Cookie wouldn't like to find out about years ago. Whatever "it" is, it happened while Cookie was in jail, and people are suspecting that it has something to do with Lucious, which doesn't seem that unlikely.

It might be too soon to start speculating what Carol could have done, but it's not too much of a stretch to presume that Carol and Lucious might have had a thing while Cookie was away in prison. Cookie and Carol seem to have a good, albeit sisterly, relationship, but if it were to be any type of betrayal with her ex-husband, then I don't know if Cookie would be so inclined to help Carol find the straight and narrow.

As far as Cookie is concerned, she is going to be helping her sister find a better path in life in New York. She isn't at all aware that something might have happened while she was away in prison, but chances are she might find out. (Don't forget, this is Empire, so there's always going to drama.)

If Cookie were to find out about any type of betrayal on Carol's part, I wouldn't be surprised if she stopped helping her immediately. It will be interesting to find out if Cookie discovers the secret, and how. Candace clearly knows about it, and if she holds any ill-will towards Cookie, she might just tell her.