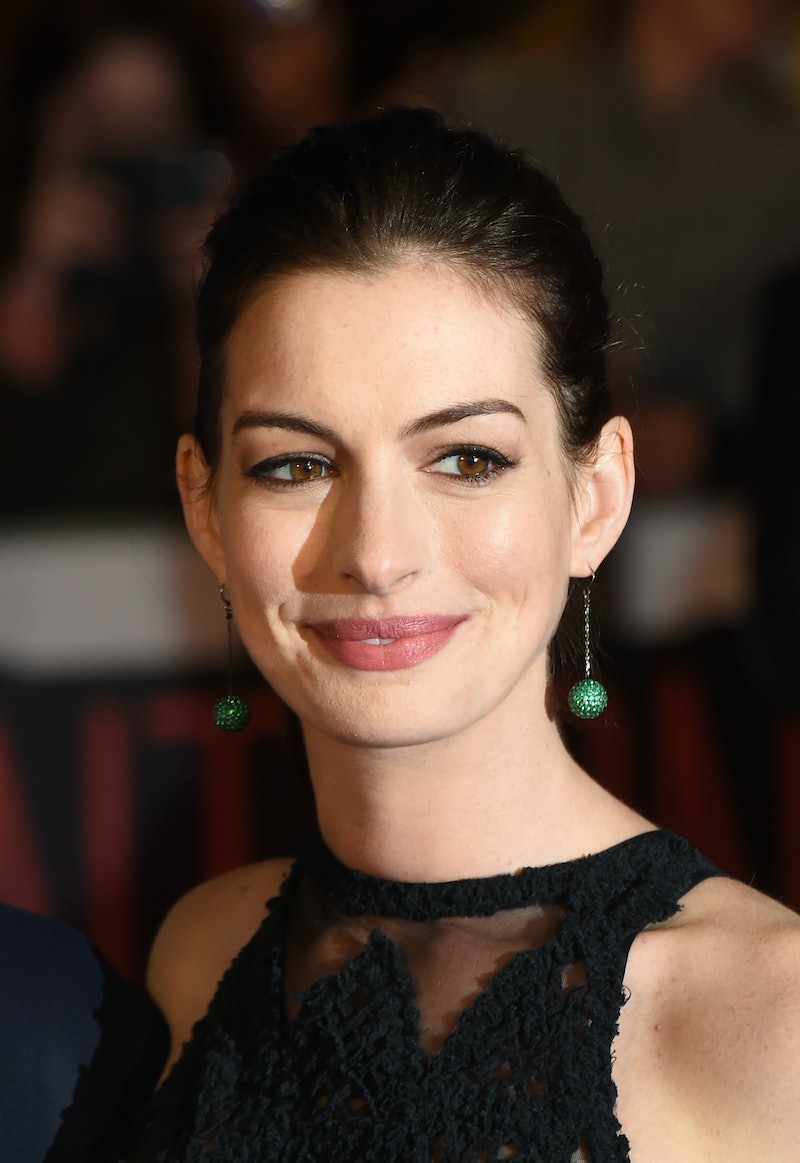 Guys, take a break from scoping out the best bargains and put down the leftover turkey sandwich because the world just got some awesome news. Anne Hathaway is reportedly pregnant with her first child! This news comes as a holiday gift to us all. But when is this gift due to arrive? Although she has not confirmed the amazing news herself yet, two sources have reportedly leaked the information to E! that Hathaway is in her second trimester. This puts her at about twelve weeks at least, which would mean she is probably due somewhere around June, 2016.

She and her husband Adam Shulman, have made it pretty clear in past interviews that they very much looked forward to starting a family and Anne has said herself that motherhood was definitely part of her plans in the near future saying back in a 2013 interview with Vogue magazine , "Oh, my God. I want to be a mother, and I anticipate loving my children quite fiercely. I think about it all the time, though it's a silly thing to think about because the kind of mother I'll be depends on the kind of children I have. I can't wait to meet them."

Let's hope that this source can be trusted and that Hathaway and her hubby have a present to look forward to next Summer!