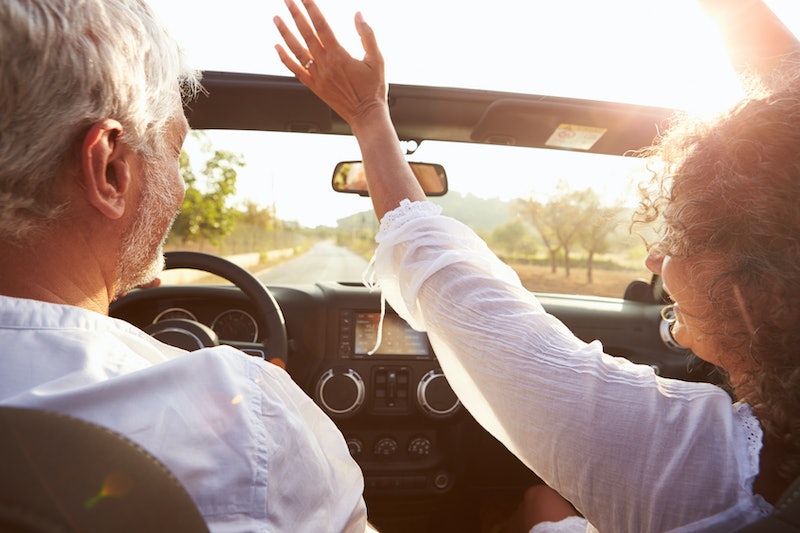 We could all use something to look forward to in life, but with decades of grown-up monotony in front of us, the happiness curves of a human lifetime can seem unclear. Is the mid-life crisis real, or just the stuff of sitcoms and romance novels? Research suggests that mid-life crises are indeed common, but to put that in more optimistic terms, hey, the best may be yet to come!

Previous researchers have looked at happiness over a lifetime by sampling different people of different ages to see how happy they were, relative to each other. But this method can introduce distortions, because generations may be jointly influenced by other historical circumstances other than just their increasing age.

This time, researchers from the University of Melbourne, the London School of Economics, and the University of Warwick department of economics used longitudinal data to study specific individuals' happiness over long periods of time. They looked at 4 large datasets on people up to 70 years old in Britain, Australia, and Germany. The participants had answered one crucial question several times over their lifespans: “How satisfied are you with your life overall?” (to be answered on a 7- or 11-point scale).

As it turns out, the participants did display a U-shaped happiness trajectory, with their answers to the life satisfaction question bottoming out around 40 or 50. The difference between happiness at 25 and at the mid-life low was comparable to "a substantial percentage of the effect on well-being of major events such as divorce or unemployment" (in other words, the change was pretty big).

Of course, just because happiness tends to dip mid-life doesn't mean you have to do something crazy or imprudent in an often fruitless attempt to make it go away. If you can hang in there, the apparent "crisis" is likely to go away on its own. Since family and friends and meaningful work are typically people's largest sources of satisfaction in life, it would be very wise indeed to disrupt these at exactly the time when you need to lean on them the most.

You might need to look for this kind of value and meaning in your life even sooner than that, though, because additional, disturbing evidence suggests that the happiness of American adults is dropping in general and now even 30-year olds are less happier than teens (yikes). This could mean that the lifetime U-shape of happiness is growing even steeper. But since these studies necessarily describe only general trends, and everyone's life is different, there's some hope that you can become an outlier if you can figure out what matters and pursue it ASAP. Godspeed!