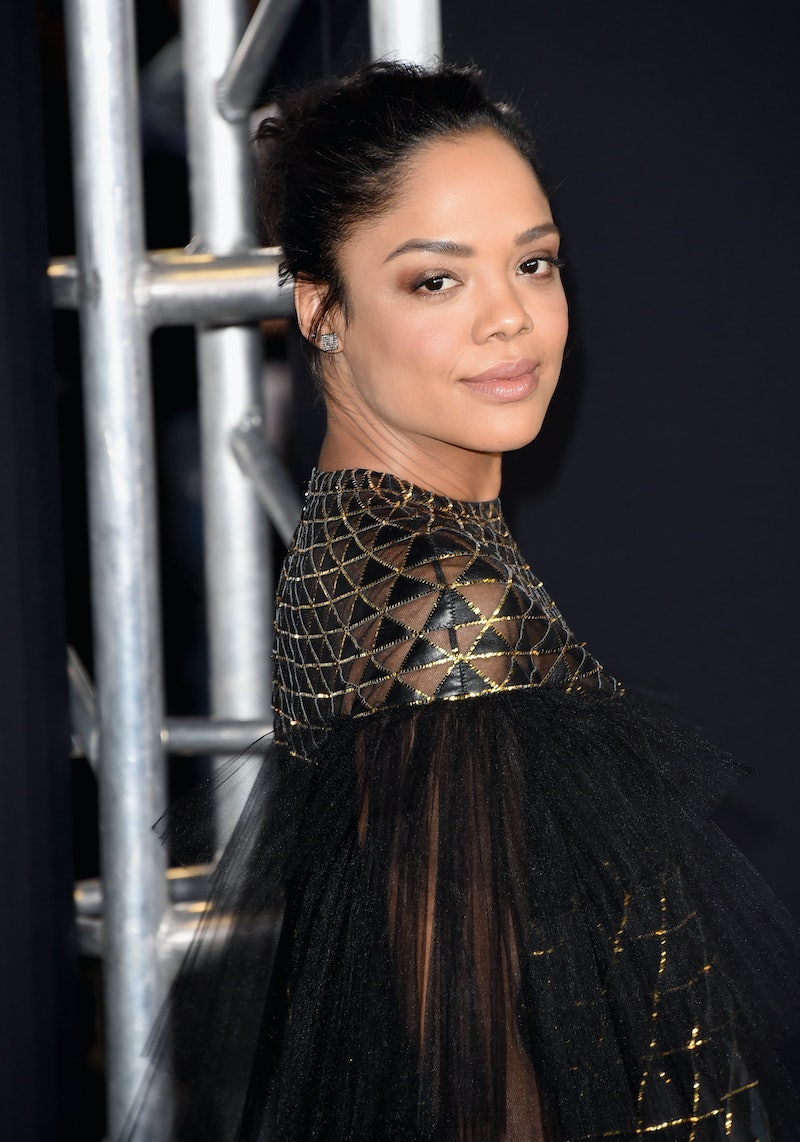 Tessa Thompson is quickly proving herself as a force to be reckoned with in Hollywood. Although the actress previously had roles in projects like Veronica Mars, Selma, and 2014's critically acclaimed film Dear White People, it's only now that Thompson is starting to scratch the surface of Hollywood recognition, as the 32-year-old currently stars alongside Michael B. Jordan in the newly released (and fantastically reviewed) film Creed. So with a resume like that, could Tessa Thompson be Hollywood's next big star? It's looking likelier and likelier by the second.

First, some background on who this rising star is: Thompson grew up in the heart of Los Angeles, but acting was reportedly never a part of her plan, or something that ran in her family. Yet she was always interested in pursuing a Hollywood career, and her first breakout role came in 2005 during an appearance on an episode of Cold Case. From there, she worked her way into guest spots on shows like Grey's Anatomy, Heroes, and more. She eventually made it to film, and had a significant part playing the character of Diane Nash in last year's award-winning Selma. It was Thompson's film Dear White People , though, that truly put her on the map.

The critically-acclaimed film, which explores issues of race, identity, and the power of free speech, introduced Thompson as a powerful voice in the industry. She and her co-stars were highly acclaimed, and so it was only a matter of time before she stepped into a film as big as Creed. The film, out now, has garnered incredible reviews since its release, particularly for the work of Thompson; the actress stars as Bianca, a singer-songwriter and love interest to Michael B. Jordan's character. The movie proves that Thompson can take on practically any creative challenge and make it work, especially considering her role in Creed required an impressive amount of musical skill, something that hadn't been seen from the star before.

With each new project, it seems that Thompson tackles a new genre and shows off new skills. Her star is only getting bigger with each passing day, and if this momentum continues, there are sure to be a some major roles coming her way soon. She already has some highly-anticipated projects coming up in 2016, including War on Everyone, a crime comedy co-starring Theo James and Alexander Skarsgard. So, as for the question of if Tessa Thompson is gonna be Hollywood's next big thing? I change my previous answer: with a career like this, it seems like she already is.