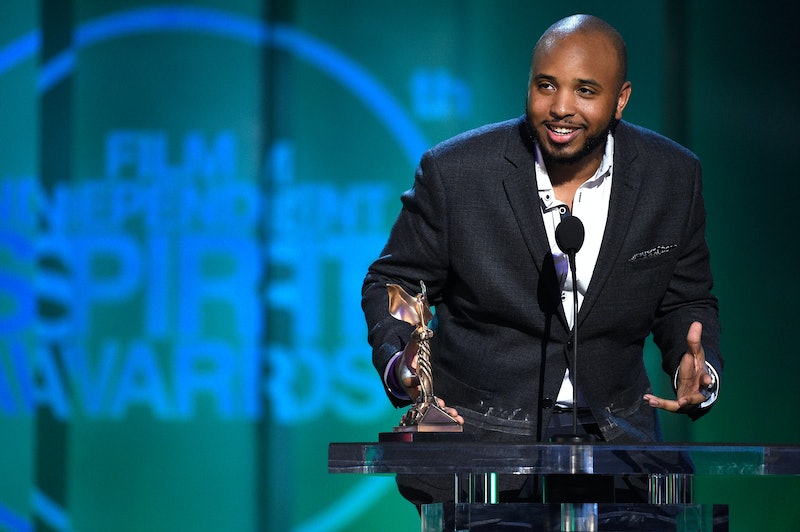 The Film Independent Spirit Awards rewards the films and filmmakers that are willing to do and say something different and important, and the ceremony itself is no different. The uncensored live event allows the worthy winners to make a statement in addition to their rewarded work. During the 30th Film Independent Spirit Awards on Saturday, Dear White People director and writer Justin Simien gave one of the best acceptance speeches of the night.

Simien, who won for Best First Screenplay for his sharp, timely, and downright vital satirical dramedy Dear White People, talked about the importance of sharing your voice when you feel yours isn't being represented in the world around you. "I started writing this movie ten years ago...because I didn't see my story out there in the culture," Simien said, adding, "I tried to put myself in the culture. That can be a difficult thing when along the way there's nothing there to tell you belong there. This means so much to me because I do feel like I belong in the culture."

The visionary, up-and-coming filmmaker (whose previous accolades for his breakthrough film—which was a Sundance hit— includes Best Narrative Feature at the San Francisco International Film Festival and Directors to Watch at the Palm Springs International Film Festival) told the audience and the viewers at home, "If you have a story, if you don't see yourself in the culture, please put yourself there because we need you. We need to see the world from your eyes." Now that's the kind of voice we need in Hollywood and the kind of acceptance speech that makes these shows worthwhile.