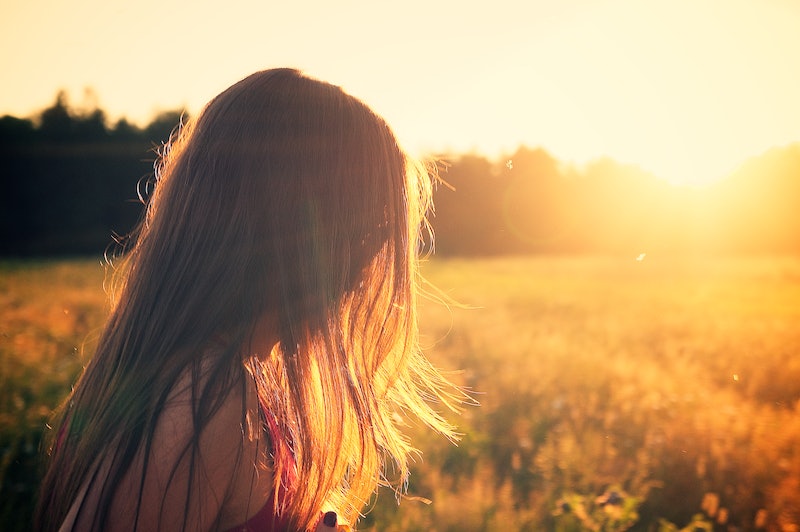 As an avid hiker, I know that nature is good for my own, personal well-being, but is nature good for your health on a larger scale? It's a cruel irony that research has recently begun to show that spending time in nature can have all sorts of positive effects on your body and mind, just in time for us to watch the Earth's green space disappear. In the past, spending time outside has been associated with everything from increased energy to a better immune system, and the benefits just keep adding up.

However, most studies to date have focused on the outdoors' effect on individuals — an important line of inquiry, of course, but one that is rather narrow-minded. After all, humans are inherently social, and such an emphasis leaves out an important factor in everyone's lives: the community. Fortunately, an international team of scientists decided to remedy this in a study published in the December issue of BioScience, and their results show that nature has a far greater effect on human communities than expected.

According to Science Daily, researchers used surveys to assess residents' perception of community cohesion in various locations in the United Kingdom. Surprisingly, people's experiences with local nature affected eight percent of the variation in responses. This may not sound like much, but as a comparison, factors such as the respondent's age and education accounted for just three percent of variance. In other words, more contact with nature may increase a community's sense of, well, community.

Furthermore, a neighborhood's amount of green space was also linked with lower crime rates, possibly as a result of the aforementioned closer sense of community. "The positive impact of local nature on neighbors' mutual support may discourage crime, even in areas lower in socioeconomic factors," the authors wrote, according to Science Daily.

Considering nature has been linked with so many benefits on an individual level, these results aren't necessarily surprising. However, the strength of the association shows that our relationship with nature is more powerful than most of us realize. Unfortunately, unless humans do something drastic to stop the destruction of our planet, there's a chance that nature as we know it might not be around much longer. Luckily, projects around the world are doing their best to restore green space to urban areas — let's just hope it's enough. After all, Beyonce lives here.

More like this
10 Thanksgiving Alternatives You Can Celebrate This Month
By Katie Mitchell
Anguilla Is The Under-The-Radar Caribbean Destination You Need To Visit
By Rachel Lapidos
Try These 3 Manifestation Rituals To Feel Healthier Than Ever
By Brittany Beringer
If You Have Pets, You Probably Don't Realize You're Making These Common Mistakes
By Mackenzie Edwards
Get Even More From Bustle — Sign Up For The Newsletter