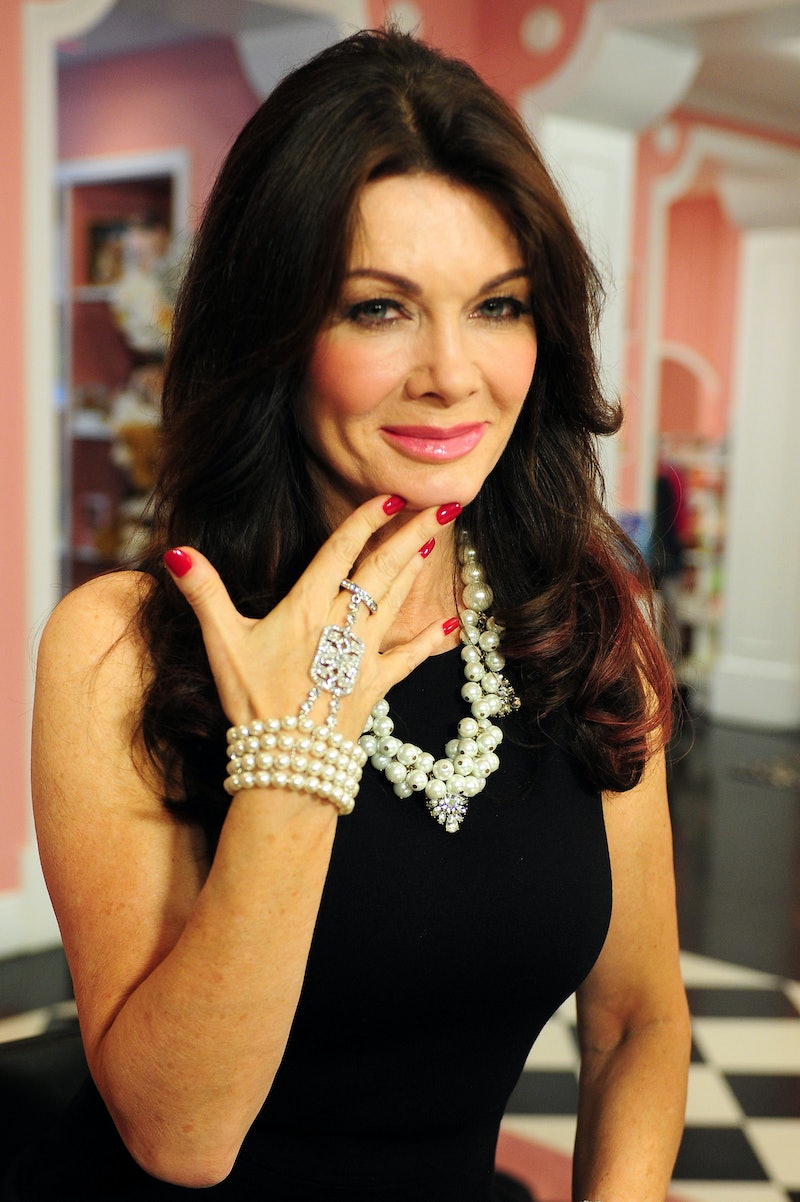 I wasn't sure what to expect when I first heard that there was going to be a Real Housewives of Beverly Hills spinoff series. I know what I'm getting when a new Real Housewives series springs up in a different city, but this was different. I got a little taste of what was to come when Lisa Vanderpump had a party on RHOBH and one of the waitresses working the event, Scheana Marie, was not only an employee from one of Lisa's restaurants but had had an affair with Brandi Glanville's ex-husband Eddie Cibrian. But was Vanderpump Rules just going to be the same drama from RHOBH? That's what I wondered and I was so very wrong.

Sure, the RHOBH cast made some appearances in the beginning to draw in the loyal Real Housewives fans, but Vanderpump Rules is a totally different show. Lisa may be the common thread between the shows, but even she is not the same character on both shows. Interacting with a group of rich, catty peers is much different than being the boss to a bunch of aspiring entertainers at a restaurant. There are a few differences between Lisa Vanderpump on Vanderpump Rules versus Lisa Vanderpump on Real Housewives of Beverly Hills.

1. She Settles Arguments Instead Of Being In Arguments

On Vanderpump Rules, Lisa is the one who mediates the conflict between the cast members. On RHOBH, she is involved with the drama and is an occasional instigator. The one thing that remains true is that she always has some sassy one-liners no matter what show she's on.

2. She Can Do No Wrong Instead Of Offending Her Castmates

Lisa is the be-all and end-all among her restaurant staff. She is the queen bee and her word goes. On Real Housewives, Lisa is still outspoken and says everything she wants, but she doesn't always get away with it and it sometimes comes off as offensive to the other Housewives.

3. She's In The Background Instead Of The Foreground

Lisa is not at the center of the drama on Pump Rules. She chimes in from time to time and gives her two cents, but none of the story lines really revolve around her. On RHOBH, Lisa is an open book and her life dominates the show's story lines.

4. She Gives Out Advice Instead Of Throwing Shade

Lisa shares her sage wisdom with the cast of Vanderpump Rules and generally tries to help them with their work and personal problems. As a Real Housewife, she's less about giving out the helpful advice and more about throwing shade and being humorous.

5. She Supports Other People's Careers Instead Of Her Own

On Real Housewives, Lisa talks a lot about her various business ventures and uses the show as a form of promotion. On Vanderpump Rules, she supports the careers of the SUR staff both at the restaurant and their outside work as aspiring entertainers.

6. She's The Boss Instead Of An Equal

Lisa is the indisputable queen of SUR restaurant, but on RHOBH, she's on equal footing with the rest of the cast. But we all know that when it comes down to it, Lisa has control over every situation she is in.

No matter what she is doing or who she is with, Lisa Vanderpump will always be Lisa Vanderpump. The viewers just get glimpses into different aspects of her personality. And lucky for us, we get a double serving.