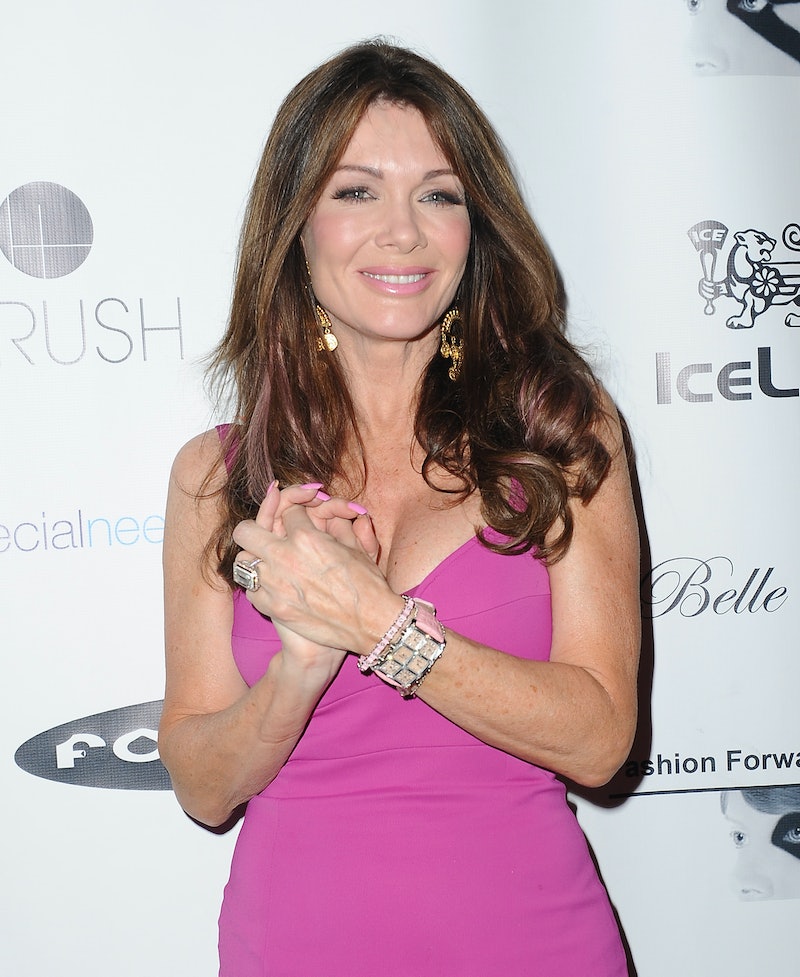 Real Housewives of Beverly Hills is the pinnacle of the Real Housewives franchise. These ladies really bring it all of the time. They are so innately glamorous. They have the best clothes. They know the most famous people. They really are rich and fabulous — no "fake it 'til you make it" here. And Lisa Vanderpump is the best Housewife of them all. She really is quite majestic, and she has the most wisdom out of all the Housewives. If I ever needed advice and was somehow in touch with the show's cast members, she is definitely the one I would call. She has already taught me so much as a loyal viewer of the show. I have learned plenty of real life lesson from Lisa Vanderpump's time on Real Housewives of Beverly Hills.

Lisa knows how to make a statement with her fashion and accessories — chronically present dog included. She knows how to handle innately awkward situations with pure grace. No one else could ever seem that classy in a Real Housewives feud. Plus, she has a very happy and successful romantic relationship. Basically, Lisa Vanderpump has something valuable to say about every area of life.

More often than not, Lisa can be spotted in an amazing pink outfit. There is no such thing as too much pink in my eyes and she wears it well. It has almost gotten to the point where I am semi-offended when any of the other Housewives dare to rock the hue. Pink is Lisa Vanderpump's color!

People who don't have an opinion bother me. How can you say "I don't care" or "Whatever" to everything? There comes a point when being neutral is just a synonym for just being annoying. But Lisa? She is very intelligent and has a lot to say. She always stands up for herself and her friends, and it's very admirable.

There's a difference between saying what you think and being a back stabber. Unfortunately, my girl Lisa has taught us this lesson the hard way. Her cast mates have given her a lot of flack for her comments in the confessional segments during the show. But Lisa is better for this. She sees the importance of self improvement and has made a conscious effort to mind what she says about others when they are not around. Let's hope this lasts or at the very least that her cast mates become less sensitive in response to her "jokes."

The real expression is “dance like nobody is watching,” but I disagree. You need to act like no one is watching, while knowing that this is very far from true. Own the room with your dancing abilities and turn every bar, club, or elevated surface into your stage.

You Don't Have To Accept Every Invitation

Sometimes you just have to say no. It's great to feel social and be seen, but sometimes you need to sit one out. There's nothing wrong with taking time to relax for yourself or even passing up one invitation for another. After all, if you're noticed even in your absence you've really arrived. Lisa knows how to leave the people wanting more.

Try To Have Fun Everywhere You Go

At first, I expected Lisa to be very stiff and fill some sort of mundane British stereotype, but she is far from that. She is constantly cracking jokes (even when they are at the expense of the other Housewives), often has a smile on her face, and is always ready to take down some shots. Lisa has the ability to turn every day into a fun event.

Lisa and her husband, Ken Todd, have such a nice relationship. They've been going strong for a long time, but they are far from a lovey dovey couple. They keep it real. They are not super affectionate and in many ways they stray as far from that as possible.

Know When To Let Go

We have seen Lisa go through her fair share of trials and tribulations on both The Real Housewives of Beverly Hills and Vanderpump Rules. She has had some long and drawn out controversies and feuds, but she has learned when enough is enough. Sometimes you just need to let go of people who are bringing nothing positive to the table. *Cough* Brandi Glanville and Kristen Doute *Cough*

When I picture Lisa, I picture a fabulous lady in a pink outfit with a little dog by her side. Her pup, Giggy, has become a iconic pet. The viewers love him! Plus, he has a better wardrobe than most humans. Even when the drama gets crazy on RHOBH, Giggy will always be on Team Vanderpump.

Most Things Sound Better With An English Accent

I can see why some of the ladies have had issues with Lisa's "jokes" and remarks. Nevertheless, I cannot imagine being mad at her for more than a second, because pretty much everything she says just sounds nice, even if the words themselves are not. She can get away with saying almost everything just because of her accent.

As much as I love Lisa, I am also deathly afraid of her. I know she could chew me up and spit me out with minimal effort. Even if she somehow stops being one of my favorite Housewives, I will support her solely because I do not want her as an enemy. Just ask Brandi Glanville.