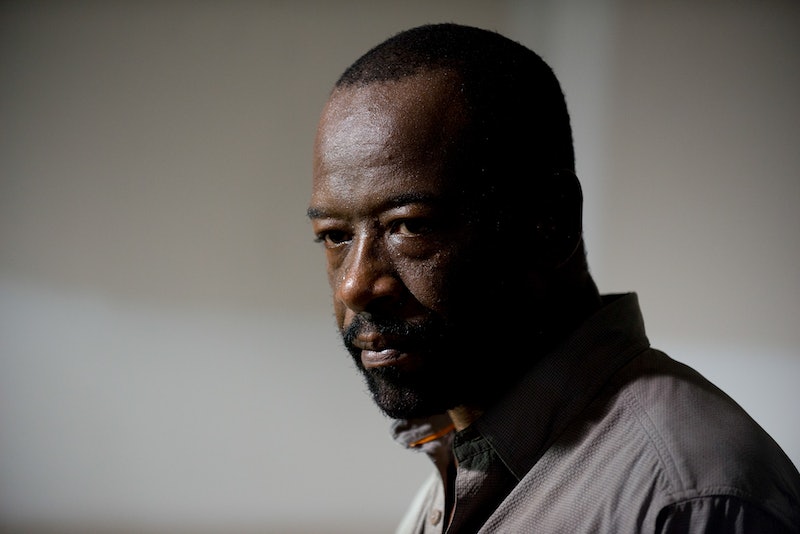 The walker attack on the Alexandria Safe-Zone has left it anything but safe, and many of the characters are in serious peril as we go into the midseason hiatus. Is Jessie's family really cut out for the old "walker guts" disguise? Was that the closet we're going to get to a Maggie and Glenn reunion? That said, the biggest question left centered on the fight between Carol and Morgan on The Walking Dead midseason finale, which was also one of the most engaging parts of the episode — especially because we're not 100 percent sure that Carol is going to make it out alive. Is that why those ants were eating her cookies in the first scene? Could Carol or Morgan die when The Walking Dead returns? Get back to me about this in February when Season 6B premieres, because I don't want to think about it.

Carol, at the top of the episode, knew that Morgan had someone locked up in his basement and had her suspicions as to what was going on, but could not confirm it at the time. She definitely doesn't trust Rick's former pal. However, Carol and Morgan were temporarily trapped as the herd moved into Alexandria. It's become clear that Morgan is unshakable in his new philosophy, so Carol waited for her opportune moment to escape back to the basement, where the Wolf was waiting with Doctor Denise. Morgan was soon behind her, and forbade her from killing the Wolf. Carol threatened to kill Morgan, he knocked her out (her second head trauma of the day, I might add), and the Wolf seized the opportunity by taking Denise hostage.

Morgan, like Batman before him, does not want to kill humans. Carol knows all too well that sometimes lives need to be taken to protect others. How is this going to play out when The Walking Dead returns? Not only is Denise in danger, and all of Alexandria if that dang Wolf has his way, but I don't particularly want to see Morgan or Carol die at one another's hands. They're two of my favorite characters on the show right now, and both should make it out of Alexandria alive.