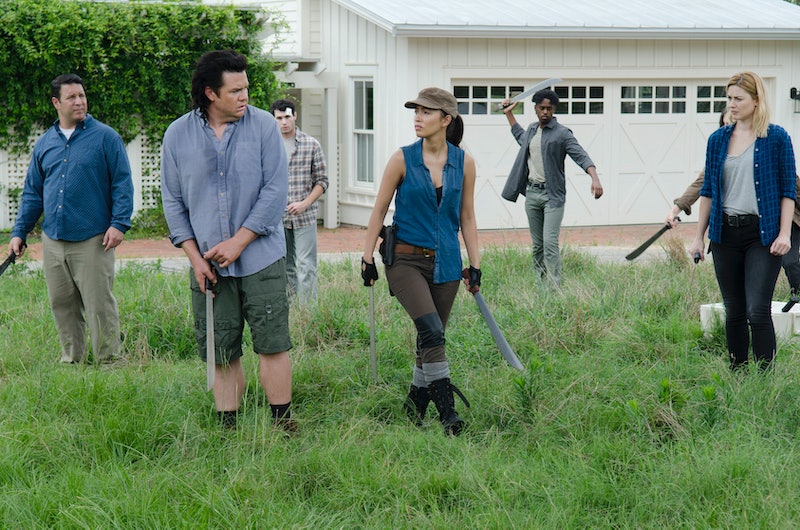 While we all rejoice in the fact that Glenn Rhee is alive on The Walking Dead, the group still isn't in the clear just yet. The drama never seems to end in Alexandria. If you thought the deaths were over until the new year, think again. If we’ve learned anything from the past seasons, it’s not AMC's style to let everyone live through a big episode. The question is, who will die in The Walking Dead's mid-season finale episode? The walkers have just broken through the wall and it's time for everyone to fight even if they aren’t ready (ahem, Eugene).

After the Glenn drama this season, I have a strong feeling that all of our main people will live through the episode. It is unlikely that Rick, Carl, Carol, Daryl, Abraham, Michonne, Maggie or Morgan will die, and honestly if Glenn died this episode, I would give up on everything. It just doesn't seem like the right time to kill anyone major off. So, I ranked the six people who are most likely to die in the mid-season finale since I firmly believe our main characters are safe ... for now anyways.

In this group, he’s the least likely to die in the mid-season finale, but, to be perfectly honest, he’s pretty useless and since everyone has to constantly protect him, he might actually have to fend for himself during this attack. So, if he doesn’t, well, it could be the end for Eugene… and his mullet.

Do you guys remember Eric? He’s Aaron’s boyfriend and we haven't seen him in quite awhile. He’s somewhere in Alexandria, and at least one person of note needs to die, so it might make sense that they would kill off Eric to bring out more of a storyline for Aaron when the show comes back.

Last week, if we learned anything, it’s that Enid makes very, very poor life choices and while she has some skills against the walkers, she’s pretty much a coward and very much an angsty teenager who’s too impulsive to stay alive. Sorry, but with her attitude, she may not make it much further.

Carol has found Morgan’s Wolf and of all the people to find the Wolf prisoner, Carol is quite literally the last person he could have hoped would find out. Next episode, the Wolf either escapes during the attack or he’s murdered by Carol. Let’s hope he’s murdered though because we don’t need more people dying because Morgan’s trying to be a good person.

The last time we saw Ron Anderson, he was stealing bullets and seemed like he was about to kill Carl. I mean, get your priorities straight, kid. He’s really dumb, like so dumb that he will probably die in the next episode and I wouldn’t even care. He’s going to be too busy trying to kill Carl to realized he’s being mauled by zombies.

Clearly he’s not working with the team to try to come up with a solid plan, as we saw last week with his really smart man-on-a-wire escape. We know that he is unstable, drinks, and clearly has no regard for anyone else. For that reason, he is probably the person who is most likely to die in the mid-season finale. It’s a real bummer too, since he’s pretty cute and fun to look at, especially for One Tree Hill fans.