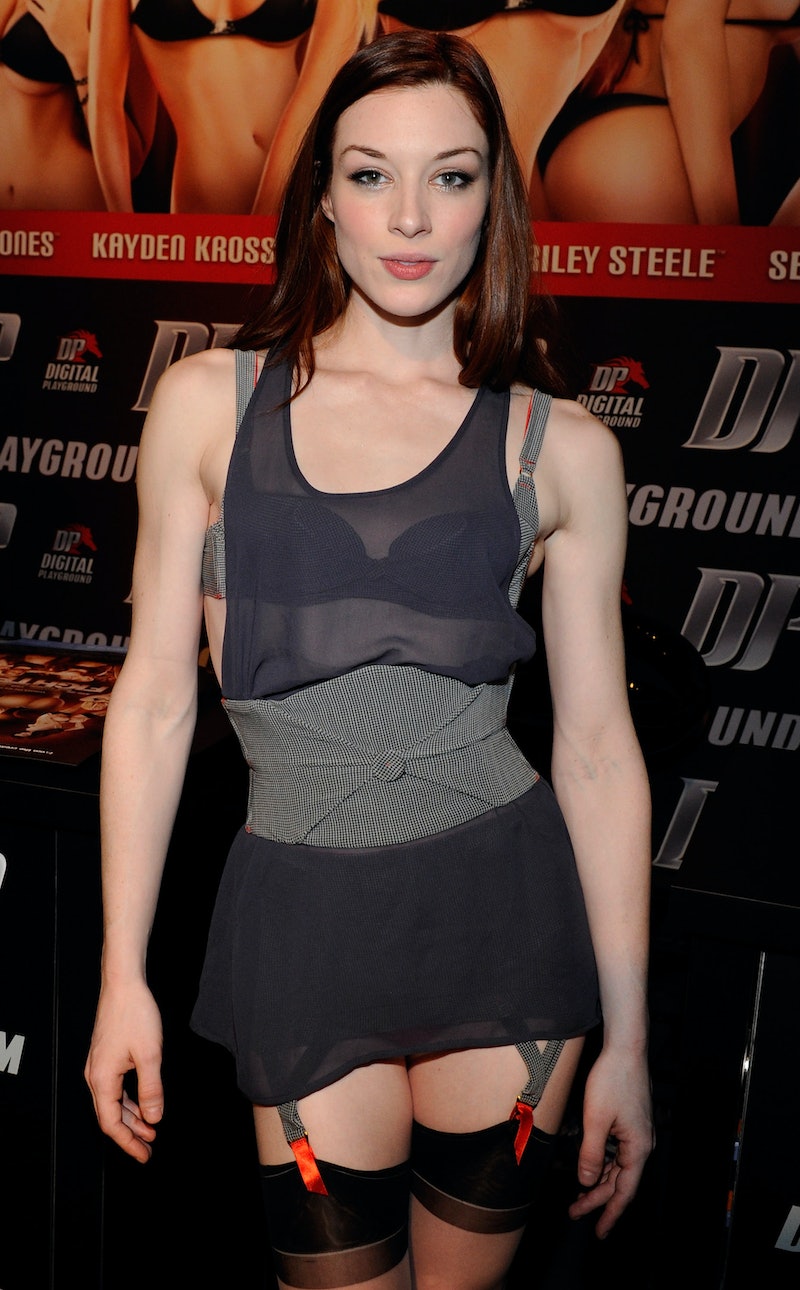 What followed Stoya's accusation was an outpouring of feminist solidarity tempered with the (unfortunately) expected flurry of rape apologists demanding evidence and suggesting that, as a sex worker, she was asking for it. In the wake of this news, editor-in-chief of The Frisky, Amelia McDonell-Parry, announced that her site will no longer be publishing Deen's sex advice column. Because despite his professionalism, humor, and supposed belief in consent, "The court of public opinion is not a court of law, and I don’t need Stoya or any woman to 'prove' that she has been raped for me to believe her."

On Sunday, Deen denied that he raped Stoya, calling the claims "egregious."

Then on Monday, two more adult actresses, Tori Lux and Ashley Fires, have come out with their own stories of sexual abuse they claim to have suffered at his hand. Twitter users continue to voice solidarity using the hashtag #standwithstoya.

Stoya tweeted lasted week that she’d be mostly offline until December 17. But with #standwithstoya trending worldwide, there's no doubt that her voice is being heard.

More like this
Are Sagittarius & Sagittarius A Good Match? Astrologers Weigh In
By Kristine Fellizar
Amanda Gorman Shared A Powerful Message On Meghan Markle’s Penultimate Podcast
By Darshita Goyal
Iran Has Issued A Death Sentence Over Mahsa Amini Protests
By Catharina Cheung, Darshita Goyal and Maxine Harrison
10 Thanksgiving Alternatives You Can Celebrate This Month
By Katie Mitchell
Get Even More From Bustle — Sign Up For The Newsletter