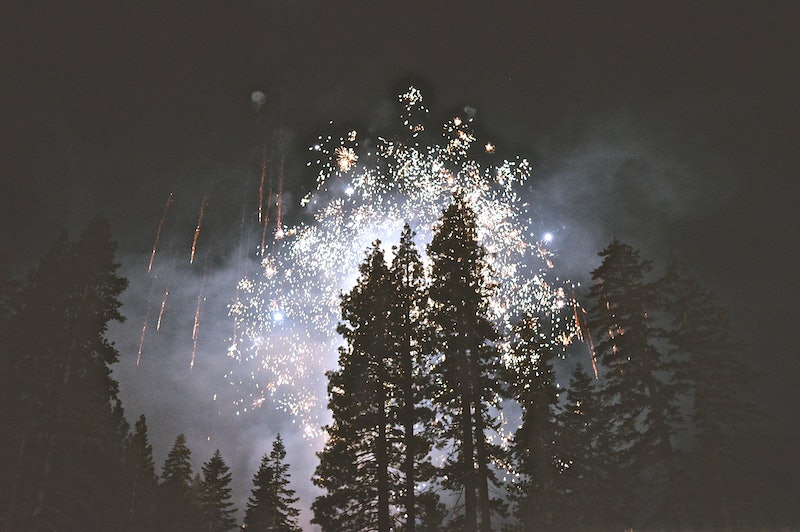 With Thanksgiving festivities coming to an end and the winter holiday season upon us, Hopes and Fears set out to find different holidays celebrated around the world. Although the results of Hopes and Fears' analysis were intended to highlight the different numbers of holidays celebrated in different countries, they also shed light on a ton of holidays most of us didn't know existed — both during the winter and beyond. Mountain Day, anyone?

To gather their data, Hopes and Fears researched government-recognized holidays in cities around the world, specifically taking into consideration when banks, government offices, and schools closed for specific days of observance. The research showed that most cities honor between six and 12 holidays a year — which, in most places, include New Year's Day and Labor Day, no matter where in the world you are. Mumbai is the exception, but you know what? It's fine, because they celebrate a whopping 24 other official holidays throughout the year, making it one of the cities with the most celebrations in the world. Tokyo and Melbourne join Mumbai in the category of Cities That Celebrate The Most Holidays Per Year, while Mexico City and Beijing celebrate the fewest, according to Hopes and Fears.

Again, though, what I found the most fascinating wasn't the number of holidays celebrated in each city — it was all the holidays I had no idea existed. So beyond Christmas, New Year's Day, and Labor Day here are some holidays around the world you're probably going to wish you celebrated, too.

If you're a nature lover, you'll totally appreciate Mountain Day, a holiday that will start being celebrated in Japan on Aug. 11, 2016. Legislation says Mountain Day provides “opportunities to get familiar with mountains and appreciate blessings from mountains," which is a fantastic way for people to get in touch with the Earth, separate themselves from the stressors of everyday life, and appreciate the natural beauty around them.

On the fourth or fifth of April, people in China celebrate the Quinming Festival, known in English as Tomb-Sweeping Day. On this day, people in China and Taiwan eat green dumplings called quingtuan, visit their ancestors burial grounds for prayer, and go on family outings to art galleries or the opera.

On March 8, Russia recognizes International Women's Day to celebrate women all over the world who fight for their rights, full equality with men, democracy, and peace. People give their mothers and grandmothers chocolates and flowers, much like we do on Mother's Day in the United States, and sometimes Russian men even takeover household duties traditionally delegated to women.

Human Rights Day, which is celebrated on March 21 in South Africa, reflects on the events of Sharpeville in 1960 when 69 people died and 180 were wounded by police who opened fire on a peaceful crowd. The day is reserved to think about basic human rights and fight against South Africa’s history of colonialism, slavery and apartheid.

Australians like to celebrate the queen's birthday, whatever day that might be with each new queen, with fireworks, an honorary soccer game, and an awards ceremony. Kind of makes you wish we had a queen in the United States, just so we had one more excuse to cuddle up outside and watch fireworks.

To check out more holidays you may have never heard of, visit Hopes and Fears and get excited for whatever holiday season your country might be entering.