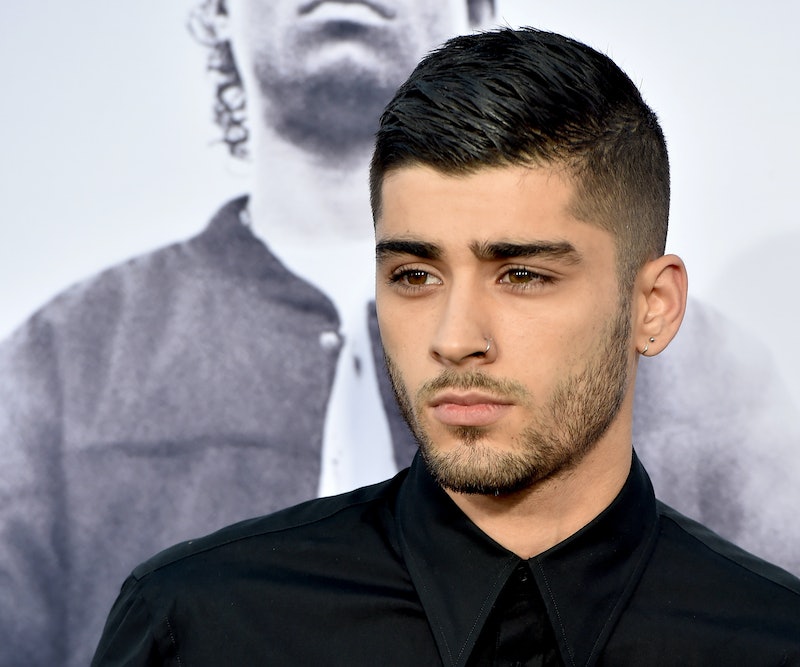 There are Hollywood couplings that seem to make no logical sense at all, and then there are those that are so perfect they make you want to cry in jealousy. OK, maybe it's not that extreme, but when two hot, young stars get together, they are a PR and fan's dream come true. Us Weekly first reported that Zayn Malik and Gigi Hadid were dating after meeting at some point around the American Music Awards. They were spotted "enjoying each other's company" at a West Hollywood party after the awards show and in the week since their candid photos have offered further proof that Malik and Hadid are the most perfect young Hollywood couple.

The pair have mostly been seen hanging out at The Nice Guy in Los Angeles, which is an interesting choice, considering it seems to be a paparazzi hot spot. Well, hey, if you're both that good looking and famous, I guess there's no harm in wanting to show each other off constantly, right? Anyway, the couple just got everyone on the Internet thirsting when they walked out of The Nice Guy on Sunday, HOLDING HANDS! Y'all, they're already showing some PDA. This might be real!

And look, they are already matching, too. This is usually something that happens later on in a relationship, but Hadid and Malik seem keen on making their relationship a fashionable one.

They are both wearing jeans that are the same shade of distressed grey, black tops, and almost identical black, pointed boots. Plenty of celebrity couples love to match to show off their perfection and these two are already on their way. Although they have been seen together for merely a week, this is not even the first time they've matched or shared clothing.

On Tuesday, November 24, two days after they were spotted at the AMAs, Malik posted a caption-less photo of himself on Twitter, wearing a pair glasses.

Now, the singer doesn't usually wear glasses, so this was interesting. Later on that night, he and Hadid returned to The Nice Guy (joined by her sister, Bella) and guess who was wearing the identical pair of glasses? Gigi Hadid. They seem to know what they're doing.

It's only been a week, but Malik and Hadid have already been spotted on three dates, wearing matching outfits, and hanging out with her sister — and it's a good sign if they're already meeting each other's family. Malik is super close with his sisters, so maybe they'll join in on the fun soon.

In just the few sightings we've had of ZiGi, these two already have all the makings of being the next young Hollywood It couple, and I am all for two successful, young people having fun with each other. I'll live vicariously through you, Gigi.