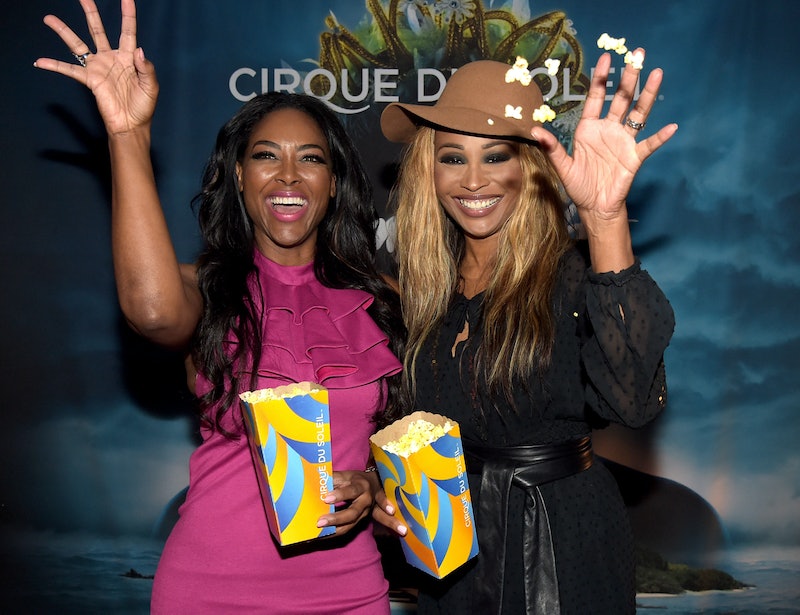 There are so many big personalities on the cast of Real Housewives of Atlanta . The women are all pretty wild and crazy in their own ways, and were all pretty much all made for reality television. They bring it in every scene of every episode from their over-the-top outfits, to the shade being thrown, to the weave pulling. There has never been a boring episode of Real Housewives of Atlanta, which is why it is pretty tough to pick a favorite cast member. But if you are a loyal viewer, you know that it is impossible to be invested in the show without having any bias. You may love all of the Real Housewives equally, but that doesn't mean you like them the same amount.

Everyone has favorites. And your favorite lady from Real Housewives of Atlanta says a lot about you. It can show where you typically fall in a group dynamic. It can indicate the way you handle social conflict. It can hint at your sense of style. Your favorite Real Housewife can even indicate your preferred type of shade throwing. Yes, I know that this is just a reality TV show, but if you are as big of a superfan as I am, take my subjective analysis with a grain of salt and find out what your favorite RHOA lady says about you.

If you identify most with Kandi, you are a workaholic. You are the type of person who is always coming up with new business ideas and loves to utilize your creativity. Kandi is very loyal — almost to a fault, like when she was trying to support both her husband Todd Tucker and Mama Joyce in their infamous feud. If Kandi is your girl, you are a hard worker, a ride or die chick, and quite possibly a person who is very open about her sex life (or lack thereof).

When Porsha first started out on Real Housewives, she was honestly pretty boring. But since her spit with her ex-husband Kordell Stewart, she has a new lease on life. Porsha is the life of the party, the first one to throw shade, and most importantly a survivor. If you identify with Porsha, you love to have a good time and know exactly what you need to do to get what you want.

At first, Cynthia Bailey was just the sidekick to NeNe Leakes. She didn't really have her own storyline, but she did always have a different hairstyle, and that alone was pretty captivating to me. Nowadays, Cynthia isn't afraid to speak up and share her thoughts when it comes to her friends, her career, or her marriage. If Cynthia is your favorite, you are the kind of woman who is just tired of being soft spoken and ready to share your opinions and get what you want.

Kenya has a pretty polarizing personality, but you can never deny her entertainment value. I live for it every single time she is in a scene. Kenya knows how to stir the pot just enough to get her frenemies riled up. If she is your favorite, it wouldn't surprise me if you are the instigator in your squad and enjoy throwing some shade toward your friends and frenemies. You are the kind of person who is always entertaining the people around you, even if it's sometimes at the expense of others.

If Shereé is your favorite, I assume you are loyal to the true OG's of RHOA. Shereé is getting back into the swing of things with her return during Season 8, but she is really a timeless character when it comes to reality television. If she is your fave, you are all about keeping that balance between sassy and classy. Shereé is always trying to keep poised, but if you mess with her, you will not survive the feud.

Phaedra is an enigma. She talks about being the embodiment of a southern belle, but she also has a lot of other things going on in her life. She is an entertainment lawyer, mom, mortician, and entrepreneur. If you relate to Phaedra, then you're not the kind of person who likes to stay in one lane. Phaedra cannot be pigeon-holed and neither can you.

Kim Fields is interesting when it comes to the RHOA ladies. I feel like I have known her forever through her years in show business, but also like I barely know her at all. Kim is pretty shy because she's spent the past few years devoted to her husband and children, and she just realized that she needs girlfriends in her life. Still, there's definitely an underlying sass there. Kim is no pushover. If Kim is the RHOA lady that you identify with, then you are a sweetheart who gets underestimated pretty often. But don't let that get you down, when controversy arises you know how to stand up for yourself and you are more than proud to share your unique point of view.

All of the Real Housewives of Atlanta are outrageous characters. If you're a loyal viewer to the show, I'm sure that some favoritism has built up over time and your choice of favorite might have shifted around. Nevertheless, all of these women are all pretty perfect for reality television.