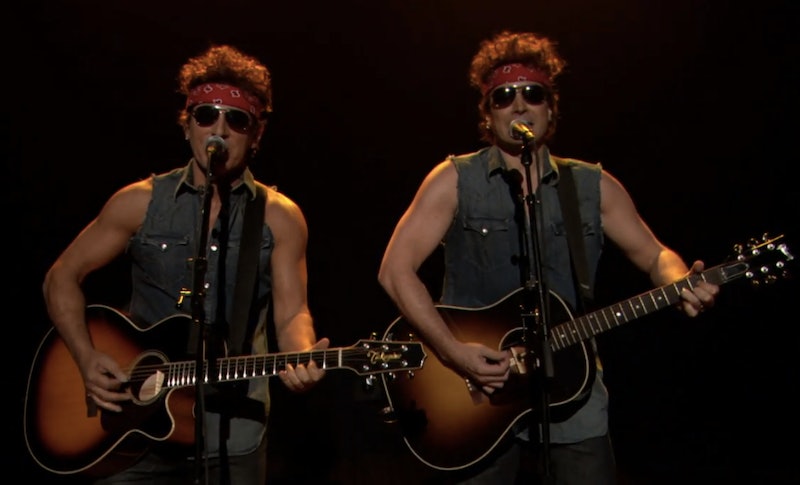 While Jimmy Kimmel has been really hitting it out of the park lately when it comes to late night show surprises — remember that genius Kristen Wiig blind date segment? — by no means should you let that let you forget about the other late nighters, like future Tonight Show host Jimmy Fallon. In case you have, though, take this as a solid reminder of his brilliance: On last night's episode of Late Night, Bruce Springsteen and Jimmy Fallon performed a duet on stage about Chris Christie's bridge scandal...of course, while dressed like one another.

If you're not aware of what exactly this bridge scandal is, here's a good explanation from Mother Jones to enlighten: Apparently, a senior aide in New Jersey governor Chris Christie's staff ordered a disastrous traffic jam in Fort Lee as political payback, and the whole plan was discovered in a series of leaked e-mails. Since Christie is attempting to run for president in 2016, this does not exactly reflect well on him at all.

To make matters worse, Christie is a huge Springsteen fan. Talk about rubbing salt in the wound.

You can check out the clip below: