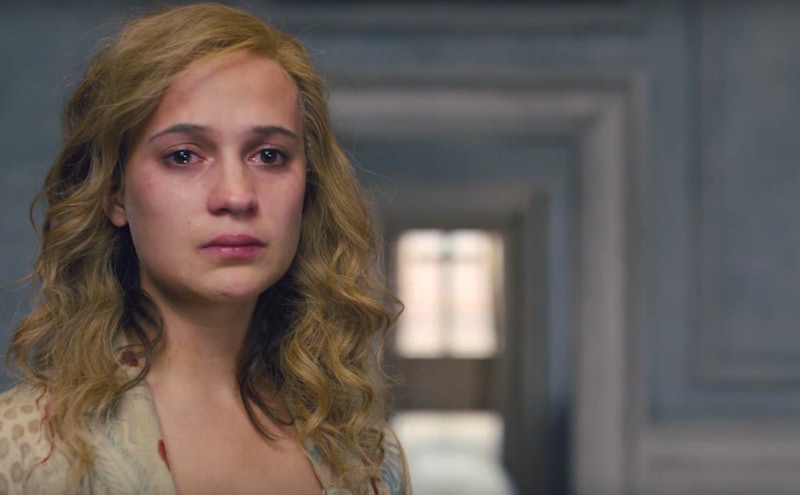 If there’s anything certain come Oscar season, it’s that the Best Supporting Actress category is always a hot mess. Some years it seems like the Academy is scraping the bottom of the barrel to find female supporting roles to nominate, while other years, it seems like the Best Actress category is just spilling over into her supporting sister section. What does the Academy consider a lead role and what do they consider a supporting role? It seems like no one even knows anymore, and the predictions for the 2016 Best Supporting Actress race do nothing to fix the confusion.

As of now, the category has some odd contenders. Rooney Mara, who won Best Actress at the Cannes International Film Festival back in May for her role in Carol, is almost certainly guaranteed a nomination for her moving performance in the drama. The same can be said for Alicia Vikander, whose performance as Gerda Wengener in The Danish Girl has been rightfully acclaimed by many. But both actresses are solidly placed in the Supporting category in prediction sites like The Golden Derby, even though they share practically equal screen time with Carol’s likely Best Actress entry Cate Blanchett, and The Danish Girl’s probable Best Actor nominee Eddie Redmayne, respectively.

Over on the Golden Globe predictions front, things make a little more sense. On prediction sites and in critics' analyses, Mara and Vikander both appear frequently in the Best Actress in a Drama category. This makes sense, as with the Globes’ leading categories divided into drama and comedy/musical, there’s more room for variety. In the Globes’ Supporting Actress slots, which are not two separate divisions, names like Julie Walters for Brooklyn, Elizabeth Banks for Love & Mercy, and Ellen Page for Freeheld are being predicted to enter the race, which is entirely fitting, considering that these are actors whose roles legitimately fit the "supporting" term.

There's some reason behind the Oscars' likely placement of lead actresses in Supporting, though. While Mara and her Carol co-star Blanchett are free to go head to head at the Globes, for instance, The Weinstein Company, whose Oscar campaigns are the stuff of legend, likely doesn't want the two to have to compete against one another at the Oscars, for fear that they would cancel each other out. As such, they've campaigned Mara as a supporting actor since September, while placing Blanchett in the Lead Actress category.

Then there's The Danish Girl, an interesting case subject in and of itself. Considering that Redmayne and Vikander pretty much share the screen in the film, there’s little reason why her performance should be relegated to the supporting category. Redmayne’s co-star last year, Felicity Jones, who played Jane Hawking in The Theory of Everything , was appropriately nominated for a Best Actress, but it seems that Vikander likely won't have the same fate.

Sometimes the Supporting Actress category can seem like the “easier” fight. The Weinstein Company tried a similar tactic back in 2008 with Kate Winslet, which worked in their favor (albeit not as it was expected to). At the Golden Globes, Winslet’s performance in The Reader was placed in the supporting category so as not to compete with her lead role in Paramount’s Revolutionary Road. Winslet famously won both Globes that year. But over at the Oscars, the Academy bucked the trend and nominated Winslet for Best Actress for The Reader , which she ended up winning despite the studio's worries.

But strategy aside, this conundrum doesn’t appear to exist over in the Best Actor/Best Supporting Actor categories. Year after year, the Best Supporting Actor race has a veritable plethora of actors from which to choose, and still the dreaded spillover from Best Actor is usually avoided. So what does that mean? The idea that women, more often than men, seem to be forced to split or share their performances by Oscar is an interesting one to examine. Are there more films where the “leading male” is more easily defined, leading to simpler choices? Examining the probable Best Actor nominees, like Michael Fassbender for Steve Jobs, Leonardo DiCaprio for The Revenant, or Eddie Redmayne for The Danish Girl, none of these films have a male supporting role that could potentially be considered a co-lead. The Best Supporting Actor predictions instead contain names like Mark Ruffalo, Tom Hardy, and Mark Rylance, characters that undoubtedly wouldn’t be considered leads in their respective films.

Can we expect logic to prevail when it comes to Mara and Vikander, or is there just not enough room this year for them to compete as leads? There might simply be too many great female roles this year, which is, of course, a wonderful thing, albeit problematic when it comes time for Oscar. Still, nothing's definite just yet; while the Golden Globes categorical entries are approved by the Hollywood Foreign Press Association, the Oscar categories are decided by the voting actresses themselves. Vikander and Mara could very well end up in the Leading category come Oscar time if enough of their peers will it, no matter what their studios want. Who might get bumped as a result is a whole other question.