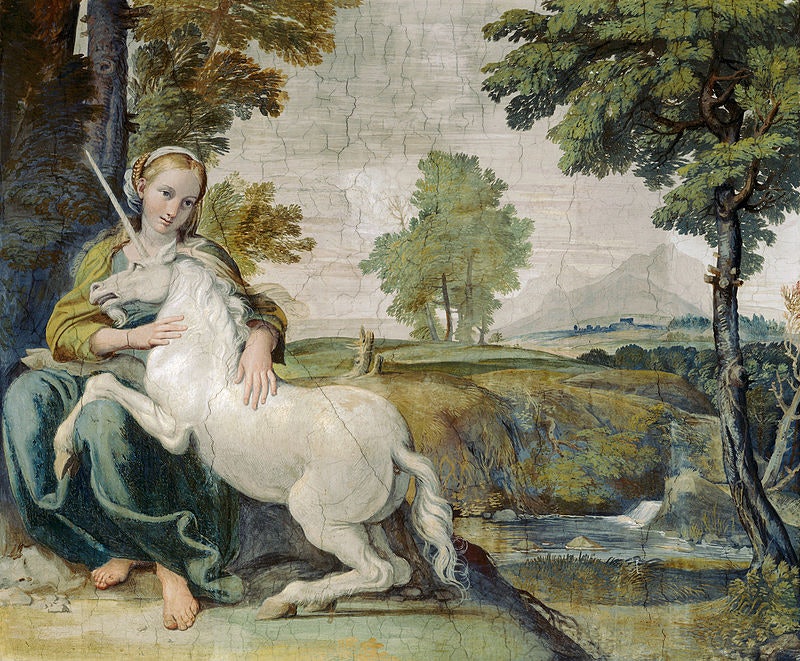 For much of history, a woman's virginity was seen as a crucial part of her identity — and in many parts of the world, it still is. Virginity is still regarded as a mark of status and self-control by many, and losing your virginity before marriage is still considered "shameful" in many religious circles. Considering the amount of complexity involved in determining what constitutes the loss of a woman's virginity (hymens can break during physical activity, people can be assaulted without consent) this all seems absurdly simplistic — and offensively patriarchal. On the upside, at least society has abandoned some of history's ridiculous beliefs about female virginity — like testing the existence of a woman's hymen by sitting her over a smoking, coal fire.

Virgins have held a seriously high status in most societies throughout history. For example, the Vestal Virgins of Rome tended the fire of Vesta and performed sacred rites for the empire. They were so hugely influential and revered that they were gifted the best seats at the Colosseum and given unchallenged access to the top tier of society, too. The price for losing their virginity was lethal, though — they could be walled up alive if proven guilty of sexual intercourse. One figure from legend, the Vestal Virgin Tuccia, allegedly only managed to prove her innocence by carrying a sieve full of water from the Tiber without spilling a drop. (This miracle became a symbol of virginity in general, which is why Queen Elizabeth I, the Virgin Queen, is occasionally pictured carrying a sieve.)

With this "noble" status came a host of ridiculous beliefs about virgins — including magical powers, snake-charming, bee invulnerability, and innate leakiness. Additionally, it was once thought that the Virgin Mary's genitals shrivelled the arm of a midwife named Salome when she dared to check that Mary's virginity was actually intact. So basically, virgins (and their vaginas) have been assigned superhero status since pretty much forever.

Here are five ridiculous things people have believed about virgins throughout history. Think of them the next time you need to remember that the human race is indeed progressing.

Detecting virginity is a risky business. Fortunately, several ancient doctors came to the rescue with ways to "test" whether young women had, in fact, been getting it on behind closed doors. Unsurprisingly, these tests were often completely nuts. One of the most enduring ones, (advocated by everyone from Greek physician, Pliny the Elder, to the medieval German doctor, Albertus Magnus) involved the belief that a non-virgin's body was somehow "permeated." Naturally, this meant she would have to pee more than a virgin. Charming.

The virginity test involved jet, (a compact, carbon fossil) being placed in a solution of water and swallowed by the girl in question. She was then timed to see how long it took her to pee. If it took ages, she was probably a virgin; if she had to pee shortly after, though, she was "leaky" and deemed a non-virgin.

I don't even have time to go into how wrong this is, but Magnus and various other medieval authorities on female health had another possible use for jet as a virginity tester: burn it between a woman's legs. If she tasted or smelled the fumes, it was determined that she'd had holes poked into her by a penis, and these "holes" were allowing the smoke to travel "through" her body. Ugh.

Myth #2: Virginity Can Be Tested With String

Evidently, string is a good indicator of a woman's "virtue." At least it was according to Helkiah Crooke. Ironically, Crooke was a respected Court physician to King James I in the early 1600s, and he's also known for publishing a famous work on anatomy. His virginity test involved stretching a piece of string from a woman's nose to the base of her skull. If that length then perfectly fit around her neck, she was declared a virgin. If not, she was officially thought of as "devirginized."

What makes this test extra ridiculous is the fact that Crooke was a firm believer in the hymen, (which had only just been discovered) but still opted to use string to determine virginity. What a jerk.

This particular myth seems to have been held and executed by one of the most terrifying serial killers of all time — the Slovakian Countess Elizabeth Bathory. While it's uncertain how many women she killed, it's pretty certain that Bathory was responsible for the deaths of dozens of young, female, peasant, virgins in her Hungarian castle. In the early 1600s, Bathory subjected many girls to torture, bloodletting, and a variety of awful demises. The historical account is slightly muddled and it's likely that reports have been exaggerated — but it is believed that Bathory (who was clearly clinically insane) drank and possibly bathed in the blood of her victims because she thought it would keep her young and beautiful.

Bathory never was executed for her crimes, though three of her servants were. She was, however, walled into a room in a remote castle and fed through a slit until she died three years later.

There are other, even weirder folk traditions about this, though. A book by German thinker Heinrich Kornmann in 1610 reported that virgins suffered far more from scorpion bites than non-virgins, and that any tree whose first crop was picked by a virgin would likely die. The ancient Greeks believed that certain snakes would only allow themselves to be fed by virgins, and an old English folk tale still claims that a woman is a virgin if she can walk through a swarm of bees without being stung.

According to Hanne Blank's Virgin: The Untouched History , one of the "best" ways to determine a woman's virginal status was a breast examination. Small boobs with tiny, pink nipples and an upward tilt were widely considered proof of a woman's virginity.

The belief wasn't just based on the observation that boobs swell when somebody is pregnant, although that was probably part of it. It was also encouraged because people once believed that after sperm entered a woman's vagina, it would stay in her body and swim around inside her breasts — effectively weighing them down. Delightful.