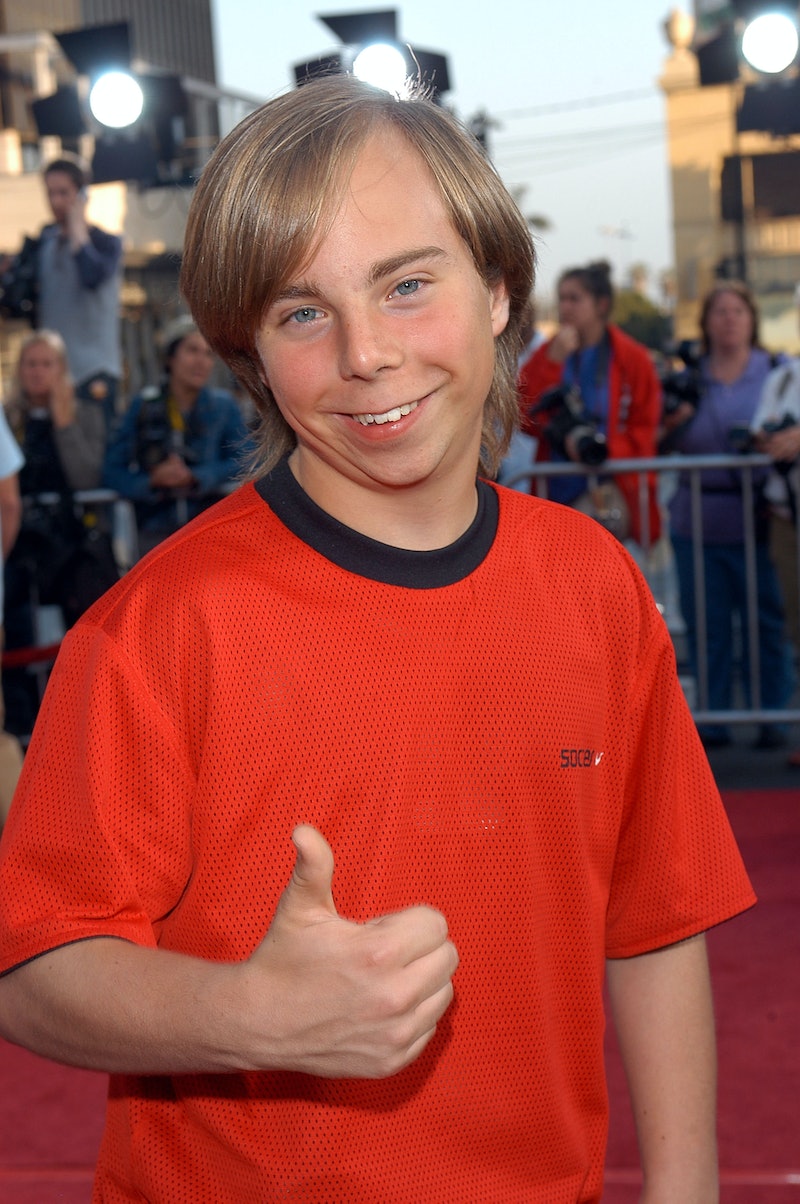 Need a new tradition when it comes to celebrating December and the holiday season? Then, here's a great way to do it. If you're ever in the vicinity of Concord, California and just happen to be at the Sunvalley Shopping Center, you can totally get your picture taken with Beans from Even Stevens. That's right, Beans from Even Stevens is now Santa's helper at a mall. What?! I've always wondered what former Disney Channel actor Steven Anthony Lawrence has been up to since his days torturing Louis Stevens, and now I know.

Thanks to several fans of the show and character posting a ton of pictures on Twitter, Beans is now way more popular than Santa Claus. Do you see the guy in a red suit with all the presents in any of these pictures? Nope, because who wants to get their picture with Santa, when you can pose with BEANS?! I know I'd choose Lawrence over the man who makes December a bit more magical than it already it is.

Anyways, Lawrence is obviously thrilled and down to take pictures with his fans. I mean, just look at all of these? Plus, he's pretty much been off the Hollywood radar, so this is great publicity for the actor, especially since he's still acting (no, being Santa's helper isn't his only job). Actually, as Buzzfeed points out, playing Santa's helper is perfect for his upcoming project titled Holly, Jingles and Clyde 3D . Because guess what? According to IMDb, he plays Jingles, an elf! The movie is described as follows: "Two bumbling elves, Jingles and Clyde, team up with Santa's daughter Holly to try to help a Michigan family in danger of losing its Christmas-tree farm." What better way to prepare for the role than by being Santa's helper IRL?

Clearly, Lawrence is also making fans' dreams come true and isn't that what the holidays are all about? Keep up the good work, Beans.