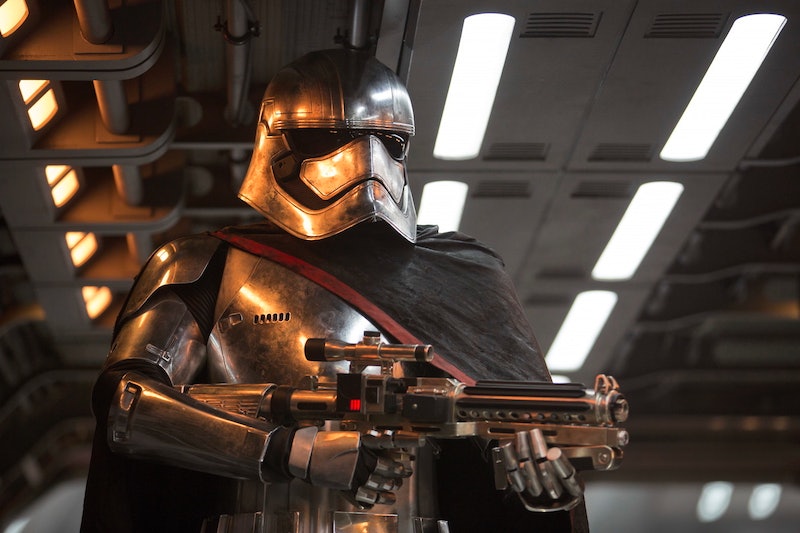 Welcome to the Star Wars red zone, everybody. The Force Awakens is just weeks away from release and my geeky little heart can hardly stand it. In fact, I’ve endured a rollercoaster of emotions since the announcement of the new era of the series, and I don’t think that I’m alone. Star Wars is a cultural touchstone, and something that many of its fans grew up with. Whenever a property that’s so adored is set to be revived, the different stages of response — even from one single fan — can be all over the map. Excited? Scared? Desperate for it to come out already? Snapping up any and all merchandise I can find? I’ve experienced all these stops along the way, as the stages of waiting for Force Awakens to arrive have been rough.

Soon, new and old members of the Star Wars fan community will be settling into their theater seats to watch the first sequel to the original trilogy. But first, I’d like to pay some respects to all the emotional phases that me and my fellow nerds have hit on this journey. A new Star Wars is a monumental deal and must be treated as such. So before this movies changes lives forever, let’s review the nine stages of waiting for The Force Awakens to be released.

1. Disbelief That This Is Really Happening

After the response to the prequel trilogy — at best, lukewarm, and at worst, furious — could a new Star Wars series really be done and done well? Sweet hope and a little bit of ecstasy color this stage.

2. Suffocating In A Pile Of Nostalgia

This is the stage for reveling in fond memories of plastic TIE fighter battles, twisting a bathtowel to approximate Leia's iconic buns, and torturing parents with the cantina song on repeat.

3. Feeling Protective Of Your Childhood

But what if the new movies ruin all that? Don't touch my memories, Lucasfilm! They are perfect as they are!

The original trilogy is a product of its time, and thus leans to the side of the white and male. The Force Awakens team did thrill fans by incorporating Luke, Leia, and Han into the new film, but proved that the franchise now values a representative ensemble by also hiring Daisy Ridley, John Boyega, and Lupita Nyong'o, among others.

6. Suffocating In A Pile Of Nostalgia Stage, Part 2

Tickets acquired, the trip down the childhood rabbit hole continues.

Prep time! And this isn't any ordinary binge watch. It's the lead up to a night you'll hopefully remember forever. So don't skimp on the specialty Jedi cocktails.

8. Stress Nightmares Over Luke Skywalker & Why Isn't He On The Poster?!

Protect Luke Skywalker at all costs.

9. The Sweet Release Of Letting That Iconic Opening Credits Scroll Wash Over You

And if a couple of tears eek out, that'll just stay between us.

Don't be afraid to feel your Star Wars feelings. Every single one of them.