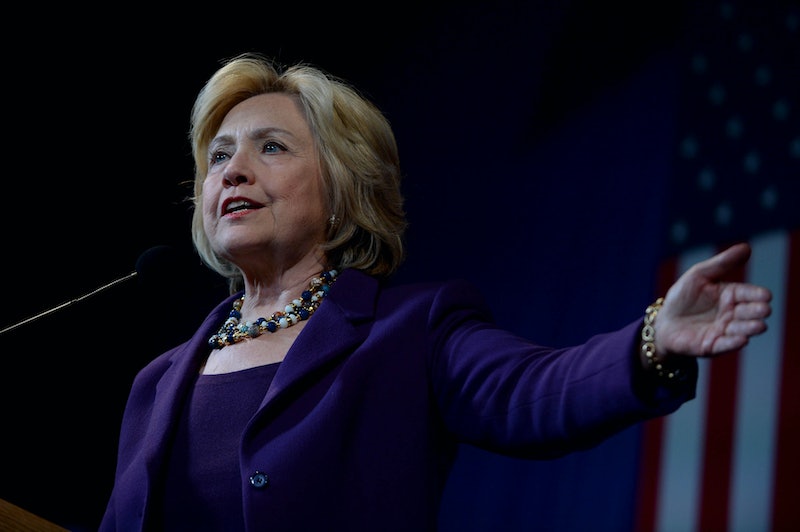 According to SBPD Chief Jarrod Burguan, the four guns used in the shooting were purchased legally. The suspects were found to have 1,600 rounds of ammunition with them, and at a home the suspects were renting in Redlands, California, law enforcement officers found 4,500 rounds of ammunition and 12 pipe bombs. No official motive has been confirmed, though a source told the Los Angeles Times that investigators are considering a combined motive of "terrorism and workplace."

Earlier: On Wednesday, horrifying news broke of a shooting in San Bernardino, California. According to the local police department, there are at least 14 people dead and upwards of 14 more injured. The shooting occurred in the Inland Regional Center, a facility for individuals with developmental disabilities. As of 12 p.m. PT, the San Bernardino County Sheriff's Department's Facebook page posted a warning that the shooting is still active and that people should avoid the area. The amount of shooters remains unknown, but reports say there could be up to three. Although the story is still unfolding (and you can follow along here for updates), people are beginning to react to the news on social media.

Considering gun control is a major topic in the upcoming presidential election, seeing how politicians respond to this news is critical. As far as the Republican Party, 2016 presidential candidates — such as Donald Trump and Ben Carson — have expressed their sympathies. Meanwhile, Democratic candidates are beginning to chime in about the need for stricter gun control. Hillary Clinton made a strong statement about how she refuses to accept this as the country's "new normal." She wrote, "We must take action to stop gun violence now."

Here's a round-up of politicians' tweets, regarding the San Bernardino shooting:

Now, it's up to you to make sure you're heard.