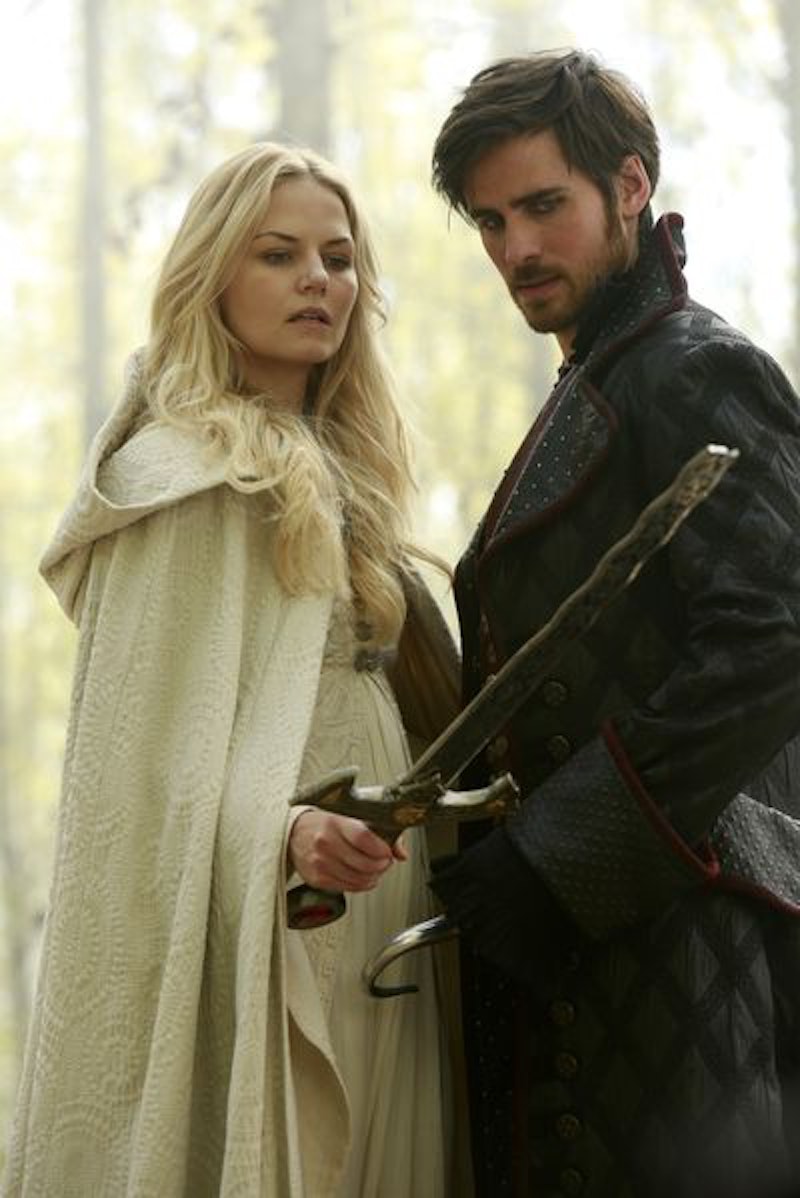 There's absolutely no denying that Once Upon a Time Season 5 has thrown us a few surprise curveballs throughout these past couple of months. Watching Emma try to claw her way out of the darkness only to eventually create a second Dark One in Hook (who's already proven to be 10 times as dangerous as she ever was) was truly a twist I don't think anyone really saw coming. And while we undoubtedly still have a ton of fairytale drama to look forward to in the OUAT fall finale, it's understandable if many of you are already looking to the future, wondering when the series will once again grace us with its magical presence. Unfortunately, though, we have a long wait ahead of us, dearies. Because Once Upon a Time Season 5 won't be returning until March 6, 2016.

That's right, my friends. March. And if you're thinking that sounds insanely far away from now, then you would be correct. We are about to deep dive into a three month Storybrooke hiatus, which is basically the worst kind of early Christmas present ever. I mean, remember when January felt like a long time to have to wait for your favorite shows to return? So the torture that OUAT is putting us through is downright excruciating.

Not that this should come as a very big surprise, of course. Once Upon a Time has made a habit of dividing up its season into two major parts while throwing a huge hiatus smack dab in the middle of them. In a way, this has allowed the writers the opportunity to treat each half almost like two different seasons. Season 4a centered around Frozen, while Season 4b focused on the Queens of Darkness. So rest assured this midseason finale will give us plenty to contemplate by episode's end. (And let's not forget the special 100th episode we have to look forward to!)

But it's not all bad news on the Sunday night home front. While this can't completely fill the void OUAT will leave in our hearts, ABC has found the perfect (temporary) replacement for its Sunday 8 p.m. time slot. Galavant Season 2 will premiere on Jan. 3 and air a total of 10 episodes throughout the month of January, much like last year. So take comfort in knowing that we have quite a bit of whimsical fun to look forward to in the very near future. It may not be quite as action packed as OUAT, but in my mind, it's the next best thing. Plus: singing!