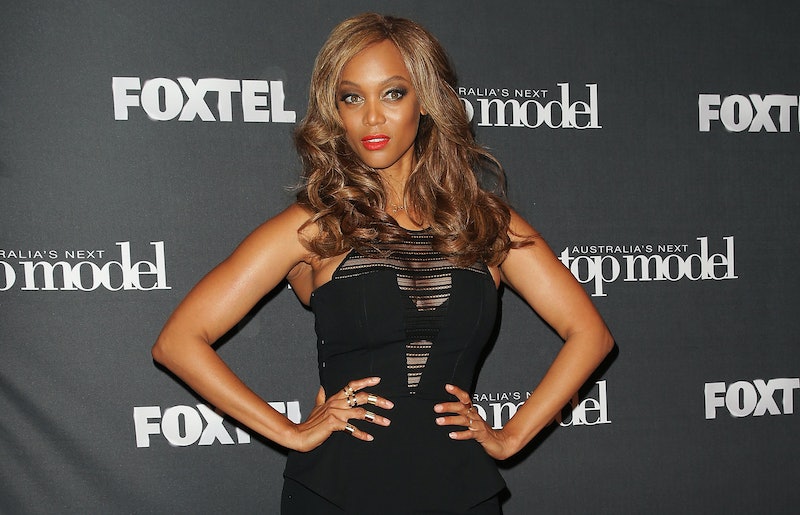 It is an end of an era. After 22 "cycles" (just a fancy word for seasons), America's Next Top Model is coming to an end. Announced by ANTM HBIC, Tyra Banks herself, the 22nd season of America's Next Top Model would officially be the last, but don't worry, because the name will forever live on. It's truly a "don't cry because it's over, smile because it happened" situation. While the show is ending, there are so many timeless ANTM moments that should continue to be stay in our hearts forever.

This list contains moments from a variety of seasons of ANTM. Noticeably, the latter seasons of the franchise aren't represented much, because all of the truly beautiful moments came early on before people became aware that the world can see you on reality TV. While there are many moments that we'll be talking about for years to come thanks to Tyra, the following moments are things that can and should never be forgotten. They are things that are still just as funny in 2015 as they were in 2004. They are things that I'll go to the grave defending as some of the best moments on television (sorry, death of Jon Snow.)

Here are the moments from America's Next Top Model that we'll be telling our grandchildren about, because even kids born in 2065 (whoa.) can understand the frustration that comes with someone else stealing your granola bars and dumping out your Red Bull.

1. The Moment That Tyra Instilled Fear In You

It has been 10 years since this moment happened, and I still think it tops any and all reality TV moments to follow. Also, this has since become the perfect moment to send to a friend/loved one when they let you down. Bye, Tiffany.

While abroad, Bre thought that Nicole stole her granola bars. So, to get back at her (yup), Bre stole Nicole's energy drink. It was the purest form of adult-ing I could have seen as a wee child.

I don't know if Camille rehearsed this line, but she said it so convincing, I almost believed her. Almost.

Brittany got a bad weave, which has nothing to do with the meltdown, but it felt necessary to bring up. The meltdown itself was due to her cab driver not meeting her at the right corner for a go see challenge, which caused her to miss the deadline. The highlight of the scene was when she continued to throw a tantrum outside the appointment, for everyone to hear. Kudos to Natasha for bringing her back down to Earth with "Some people have war in their countries."

Around the time that Michelle had some skin flare-ups, the other models started receiving news that there was a contagious flesh-eating bacteria running rampant (according to Noelle's mom). All of the girls freaked out, at one point Tiffany says Michelle is "gonna kill us." Turns out, all that hype was for nothing, as Michelle was not trying to kill them with a flesh-eating bacteria, but instead suffered from impetigo.

7. Jade's Exit From The Show

THE BOW. Also, never forget when Jade said her slogan would be "Don't judge a book by its cover and what you see is what you get." Because those aren't completely contradicting.

When asked to box joyfully, Melrose basically combined framing her face with her hands and voguing for one incredibly memorable moment.

9. When Cassandra Wouldn't Cut Her Hair

This moment stands for all of the models who wouldn't cut their hair. Before choosing to leave the competition, Cassandra cut off so many inches of her brown hair and had it dyed blonde (Tyra wanted a Rosemary's Baby hairstyle). When Tyra wanted it even shorter, Cassandra put her fist down and said goodbye. (Also, Cassandra is now married to Stephen Amell from Arrow.)

It's not easy, but it's also not impossible, Tyra.

11. Remember: Don't Cry Because It's Over, Smize Because It Happened