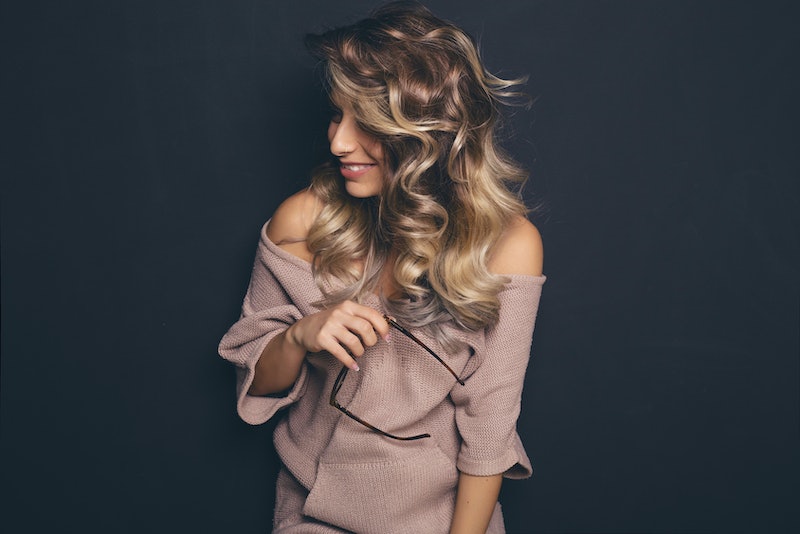 Despite the distinct categories of gay, straight, and bi that have dominated sexual discourse for decades, the orientation we publicly identify with and who actually turns us on don't necessarily align. According to a new study published in PLOS ONE this month on female sexuality, heterosexual women show more diverse sexual responses than had previously been recorded. This research, by psychologists at Queen's University in Ontario, Canada, suggests that the relationship between sexual attraction, sexual orientation, and sexual identity needs far more attention.

For the study, female subjects were asked to watch short videos or listen to stories about sexual interactions with a woman or a man. Their genital responses were then measured with a vaginal photoplethysmograph, and they were also asked to self-report their own sexual arousal. The results showed that women who identified as heterosexual responded similarly to both men and women, but women who identified as having same sex attraction responded more to women.

Although this study has been misinterpreted by the media to suggest that straight women don't exist, study author Dr. Meredith Chivers says this is not the case. She compares straight women aroused by images or stories of women to a vegan who salivates when shown pictures of bacon. It doesn't necessarily mean they want to actually be with (or consume) that thing, they just have a physical response to it.

Chivers also adds that because most women grow up watching other women being objectified and made into sex objects, it's difficult to say whether a self-identified straight woman's sexual response to a woman is learned or reflects an innate sexual desire. Either way, it's useful to look into the intricacies of female sexuality to find out more about why we identify the ways we do, and why our desires might cross the boundaries of our identification. "This research provides a window of opportunity to understand how women’s sexual response relates to her experience of sexual attraction and desire, addressing gaps in contemporary models of sexual response,” concluded Dr. Chivers.