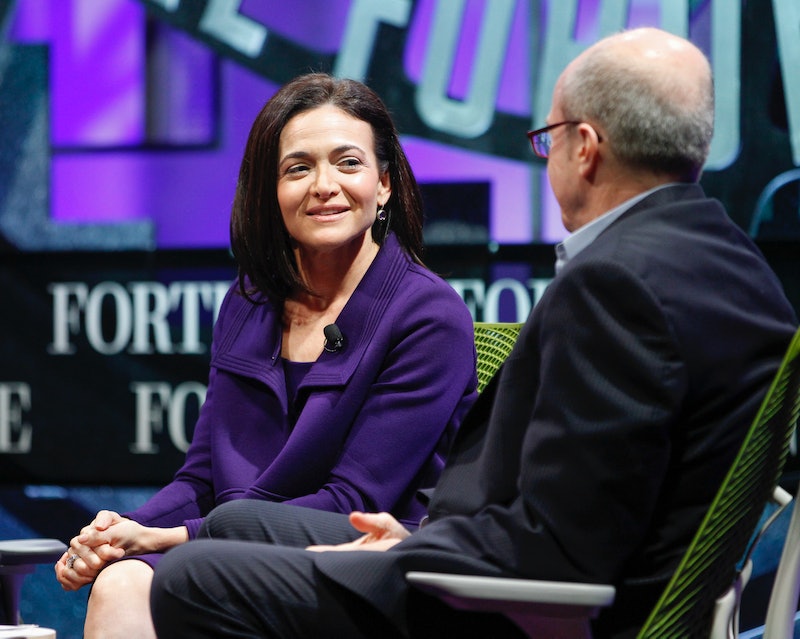 It's no secret that women face a disproportionate number of obstacles to climbing the corporate ladder, assuming leadership roles, and succeeding in male-dominated fields. Fortunately, there's now a lot of career advice out there from successful women looking to lift other women up with them. And more than ever, anyone with Internet access can benefit from this wisdom. Since it would be a mistake not to learn the easy way what others have learned the hard way, I've rounded up some of the best of it here.

Women constitute only 14.2 percent of top executives at S&P 500 companies, 26 percent of employees in computer and mathematical occupations, and 15 percent of public companies' board members. But this is changing. Between 1970 and 2010, for example, the proportion of women doctors tripled and the proportion of lawyers and judges multiplied by a factor of almost seven. And from 1995 to 2014, the number of women CEOs in Fortune 500 companies went from zero to 5.2 percent.

How are we making this progress? Part of it likely has to do with changing attitudes about women in the workplace, but we can also credit the women who are actually part of this trend. Here are a few piece of advice successful women have given that other women — and all people — can learn from.

1. Tell Everyone What You Want

TaskRabbit COO Stacy Brown-Philpot, who serves on the board of HP, said she became a board member by telling everyone with power that she was looking to join a board. Eventually, her name came up when someone she met at a conference was looking for board members.

2. Dream Big — Then Figure Out How To Make Those Dreams Realities

There's nothing wrong with being a dreamer, Facebook COO Sheryl Sandburg writes in Lean In. You just need to take concrete steps to reach your dreams or get as close to them as you possibly can. She recommends imagining where you'd like to be in 18 months and learning the skills you'd need to get there.

As Michelle Obama says, nobody is "cute enough or interesting enough to stop you from getting your education." Or, for that matter, from accepting work or taking on a project. This isn't to say that romance is bad — just that anybody worth your time will be willing to work around your schedule.

4. Allow Yourself To Not Be Perfect

Hillary Clinton told Glamour that women get in their own way by waiting to say or do something until they have achieved perfection. "Instead, they should be really aiming for 'good enough,'" she said. "You don't have to be perfect. Most men never think like that. They're just trying to figure out what's the opening and how they can seize it."

Oprah said in a talk at Stanford's business school that she made many career decisions an outsider might consider stupid, like turning down a job that would have tripled her salary, because she sensed something else was right for her. She observed what skills she possessed in her daily life and based her career decisions on her own observations, not what other people said. And look where that got her.

6. Take Others' Advice With A Grain Of Salt

When someone tells you what will make you successful, "always ask: What are this person's motives?" Nicki Minaj said in a Glamour interview. "It's up to you to know who you are so that you can put all [the advice you get] together, sleep on it, and make a decision that you're going to stand by. It's better to fail having followed your heart than to fail based on someone's empty advice."

7. Ask For What You Want — Persistently

Youtube CEO Susan Wojcicki recently said at the Grace Hopper Celebration that women need to ask for raises or promotions instead of assuming they're not possible or will come to them when they deserve them — and that it doesn't hurt to remind your superiors what you're after. "As a manager it's noisy. If you have some people who are reminding you all the time about how they want that next job or promotion and you have other people who don't remind you, it's hard to keep those always at the same level," she said.

8. Expose Yourself To Many Possibilities

U.S. CTO Megan Smith said in an interview with Communications of the ACM that young people should try as many things as possible to figure out where their biggest passions lie because you never know what might appeal to you. "You're going to live to 100-something years probably if you're born or young today. So you'll have a lot of chances to do a lot of things, so don't pigeonhole yourself. Try a lot of things, and then as you try them, let your passion steer you."

9. Do Things You Don't Feel Ready For

IBM CEO Ginni Rometty told a story in a speech at Northwestern University about almost declining a job offer because she didn't feel ready. After she said she wasn't going to take the job, her husband asked her, "Do you think a man would have answered the question that way?" She ended up taking it, concluding that "growth and comfort never co‑exist... Ask yourself, when have you learned the most? I guarantee it's when you felt at risk."

If something seems off at your company, HP CEO Meg Whitman recommends getting out as quickly as possible. She tells Fortune: "If you find yourself in a company where you’re being asked to do something that you don’t think is right or you’re feeling uncomfortable about the leadership and the direction of the company, run, do not walk, for the doors."