Taran Kilam and Cecily Strong returned to their ornate gold fake apartment as Donald and Melania Trump during this week's Saturday Night Live to read off their Naughty and Nice list for the year. The list, which featured Trump's poll results and Hillary Clinton on the nice side and placed Mark Zuckerberg and Santa on the naughty side, was so hilariously accurate, it was almost painful. Combined with Kilam's perfect impersonation of The Donald and Strong's amazing Melania impression, the jokes landed perfectly and kicked off a great Ryan-Gosling-filled night. But all jokes aside, the skit shows exactly why no one should vote for Donald Trump.

In just over two minutes, the sketch perfect condensed the liberal public perception of Trump as self-aggrandizing, miserly, and racist. Trump claims he is "probably the least racist person on Earth," but that's a tough pill to swallow after his repeated comments about Latinos, African Americans, Muslims, and Asians. Even accounting for media bias, there's too much evidence showing that Trump is at least very haphazard with his words and more likely a blatant racist. In the words of Washington Post writer Dana Milbank, "at some point you’re not merely saying things that could be construed as bigoted: you are a bigot." 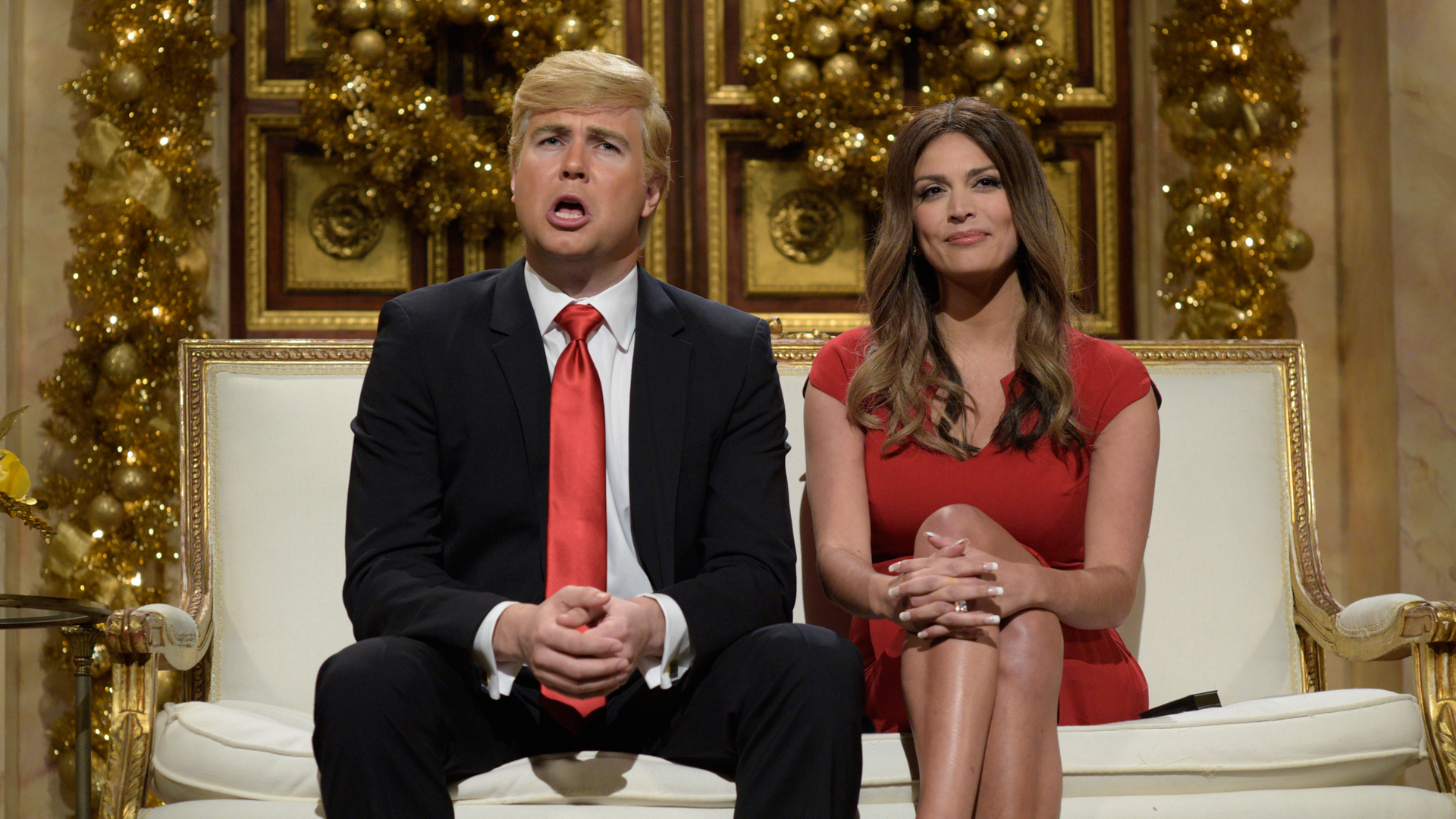 Taran Kilam also perfectly delivered Trump's line about Mark Zuckerberg's charitable announcement earlier this week. It's not too much of a stretch to believe Trump would criticize Zuckerberg for giving away his $45 billion dollar fortune, considering he is one of the least charitable billionaires on the planet. Throughout the years, Trump has been known to brag about his money, and it's one of the only accomplishments that he has been able to use as fodder during his campaign. Trump's ignorance of his privilege, as shown by his belief that $1 million is a small loan (accounting for inflation, that's $5,872,543 today), and the lack of social consciousness he has shown throughout his business career and his campaign are two more strong indicators that he shouldn't be the Commander in Chief.

Finally, Kilam and Strong touched on the hopes for the primary and general elections. Hillary Clinton was placed on the nice list because of a lovely call she made hoping that Trump would be nominee. Even though the call was fake, it echoes a sentiment from the Democratic party that Trump's nomination would be a good thing because he doesn't stand a chance in the general election.

SNL nailed this sketch, and the critique of Trump's candidacy was particularly strong. The insight of this skit goes to show that Donald Trump can be taken more seriously for entertainment than for politics.