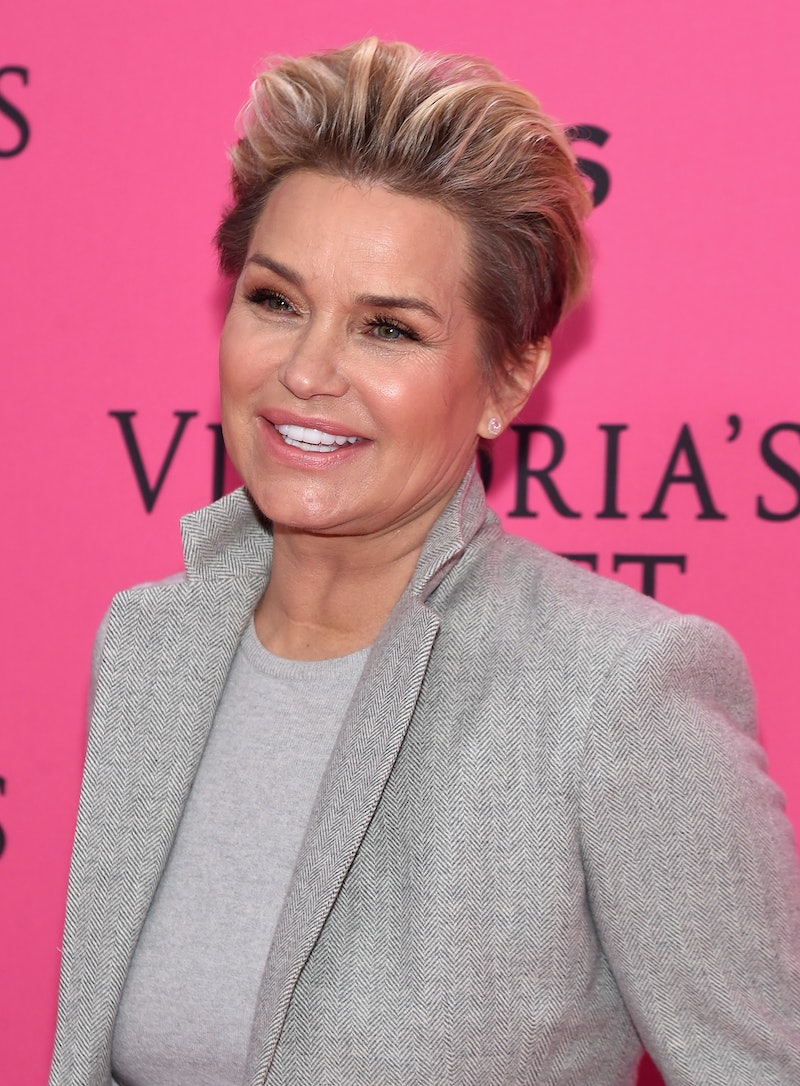 I was shocked to learn that Yolanda and David Foster were divorcing. They have always been such a loving couple and there haven't been any public signs of struggle, so the split really took the Real Housewives fandom by surprise. Yolanda Foster has grown to be one of the Real Housewives who is universally liked. She always has something interesting happening with her story lines on Real Housewives of Beverly Hills, all while keeping it classy at all times. So I'm sure that many fans want to know how Yolanda Foster is doing these days, both post-split from David and when it comes to her battle with Lyme disease.

Anyone who is a fan of Yolanda's or RHOBH knows that the woman has been going through so much over the years. On top of the sadness that comes with the demise of any relationship, Yolanda has been in a tough battle with Lyme disease. Plus, her cast mates have even questioned her diagnosis on the show. She has had so much going on and is still going through a lot. The reality star always makes an effort to look on the bright side of things and she enjoys sharing her outlook to inspire others going through tough times. If you are a fan of hers, you would not be shocked to know that Yolanda has been maintaining a positive attitude, which can be seen in her social media posts.

Asking The Fans Not To Judge

Some people go in with the subtweets after a serious breakup, but Yolanda actually mentioned her husband's account in her tweet about the end of their marriage. She said that she has "love and respect" for him and that she doesn't want the fans to judge their relationship. Leave it to Yolanda to have grace during such a difficult time.

Rising In The Wake Of Tough Times

Yolanda doesn't view her struggles as something that should get her down; she views them as something positive to fuel her motivation to get out of a rough situation and into an even better place than she was in before.

During a time like this, when everyone is talking about Yolanda and trying to throw in their two cents, the mother of three realizes how important it is to rely on herself. She believes in the importance of trusting herself and building up strength internally.

Forgiving Those Who Hurt Her

Yolanda is not the kind of person to be bitter, even when someone close to her does the hurting. It's unclear if this tweet applies to her separation from David or her Real Housewives costars, but the sentiment seems applicable to many situations in her life. She is doing what she can to stop the people who hurt her from having power of her life.

If anyone knows how to roll with the punches, it's Yolanda Foster. She knows that she should never settle in her life and that she should always strive for more and know that things will constantly evolve. This is another one of those tweets that can apply to many aspects of her life, and is probably one that many fans can understand.

Yolanda is not the type of woman to focus on the negativity after a breakup. Instead of being bitter, the 51-year-old is happy for the great memories that she had over the years with David and she wouldn't trade them for anything in the world.

I couldn't imagine going through any of the things Yolanda is dealing with right now. She is embarking on a divorce in a very high-profile marriage. She is being maligned by her "friends" on Real Housewives of Beverly Hills, who are questioning her integrity. And this is has all been happening during her tough battle with Lyme disease. Nevertheless, Yolanda is a woman who looks at the glass half full and does whatever she can to have a positive outlook. Hopefully, all of her fans will follow her lead on this one and apply her optimism to their own lives.