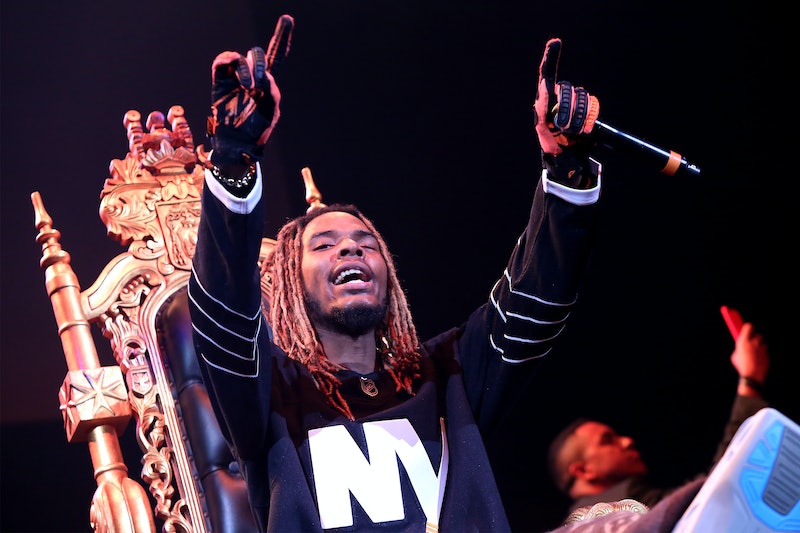 Every single year, awards shows disappoint me in their treatment of rap music. I found out Monday morning that 2016 would be no different. I think we all had high hopes for Fetty Wap at the 2016 Grammys. The rapper just hit the scene this year with "Trap Queen," which was one of those instant hits that got stuck in my head every time I heard the words "trap" or"queen." But he didn't stop after that; his other four singles of the year were on the Billboard charts. The man broke a record. He literally broke out of the mold and yet Fetty Wap wasn't nominated for Best New Artist.

How is it that a person who is nominated in two different categories (Best Rap Song and Best Rap Performance) doesn't receive a nomination for Best New Artist, when so many artists who weren't doing well in other categories (Courtney Barnett, Meghan Trainor, Tori Kelly) do get a nomination? I'm happy to see how many women were represented in the Best New Artist category this year, but, come on. Where's the Fetty love?

And speaking of women's representations, I gotta say I appreciate Fetty Wap's representation of women in his songs way more than Meghan Trainor's. Which is something I never thought I would say, especially as a gal with a lot of bass. However, I hear "All About That Bass" and I think of my terminally "treble" friends who can't gain any weight and felt skinny-shamed. When I hear "Trap Queen" I think of a woman who is empowered as all get out and who has a man who appreciates that. I can't say if the other nominees do a good job of representing women because I have never heard of them. Not to say that this means they are not good musicians and maybe the male-centric music industry just isn't giving them a day in the sun... but again, shouldn't the new breakout artist be someone... popular?

I'm not saying Fetty deserves Album of the Year, mostly because I've been wearing To Pimp A Butterfly blinders since Kendrick Lamar sneakily dropped the album a week early this March. What I am saying is that a nominee for Best New Artist should be a Best New Artist, and that's definitely Fetty Wap.

Don't even get me started on the Rhianna snub. I'll start sobbing and then my keyboard will be covered with tears and will get water damage.