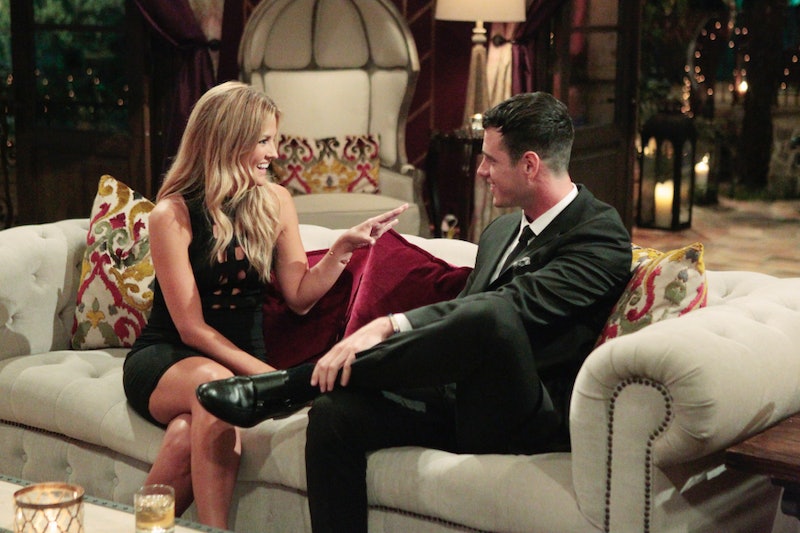 Now that all of the contestants for Ben Higgins’ season of The Bachelor have been named, I realized that there are some familiar faces in the mix! Two ladies who were competitors in Chris Soules’ season of The Bachelor have decided to give love another shot on the infamous dating show. According to the official release from ABC, Amber James and Becca Tilley will return to The Bachelor and are set to compete against each other once again, but this time for Ben Higgins’ affections. But wait, did Becca know Ben before The Bachelor, or did she just agree to be on the show again no matter who the lucky guy was?

First a refresher on our returning ladies: Though Amber was sent home after only a few episodes on Chris Soules’ season, she did go on to star in Bachelor in Paradise. (Not finding love there, either.) Meanwhile, Becca Tilley was the runner-up last season, winning Chris’s heart but proving to be a little too indecisive about marriage for him, so he chose to propose to Whitney Bischoff instead. I adore Becca and Ben as individuals, and could definitely see them being a very sweet pair, but I just have to wonder — did these two know each other beforehand? The Bachelor universe is a pretty small world, so I launched an investigation to see if the pair have any clues that suggest they’ve met before.

This seems mostly like a self-promotional campaign to get back on The Bachelor considering she tweeted it right around the time he was announced, but it could also be either a.) a fan-girly confession about her affections over a guy she only knows from seeing him on TV, or b.) a highly elaborate ruse to disguise the fact that she does already know him and just wants us to believe that she doesn’t! It might be the conspiracy theorist in me, but I think I wanna go with choice number two.

Though it would be a little too obvious to follow Becca directly on Instagram or Twitter, could it be a flag that Ben follows Becca’s friend on Instagram? Ashley I. was also a competitor on Chris Soules’ season, and judging by Becca’s Instagram, the two women have remained friends. Ben only follows 160 people, and Ashley I. is one of them…Just a little bit suspect!

But, other than that, these two have no sort of social media paper trail to imply that they have met before. They could have met at some sort of Bachelor party at some point, but there's no proof, which makes seeing if they fall for each other all the more compelling to witness! Team Becca and Ben!