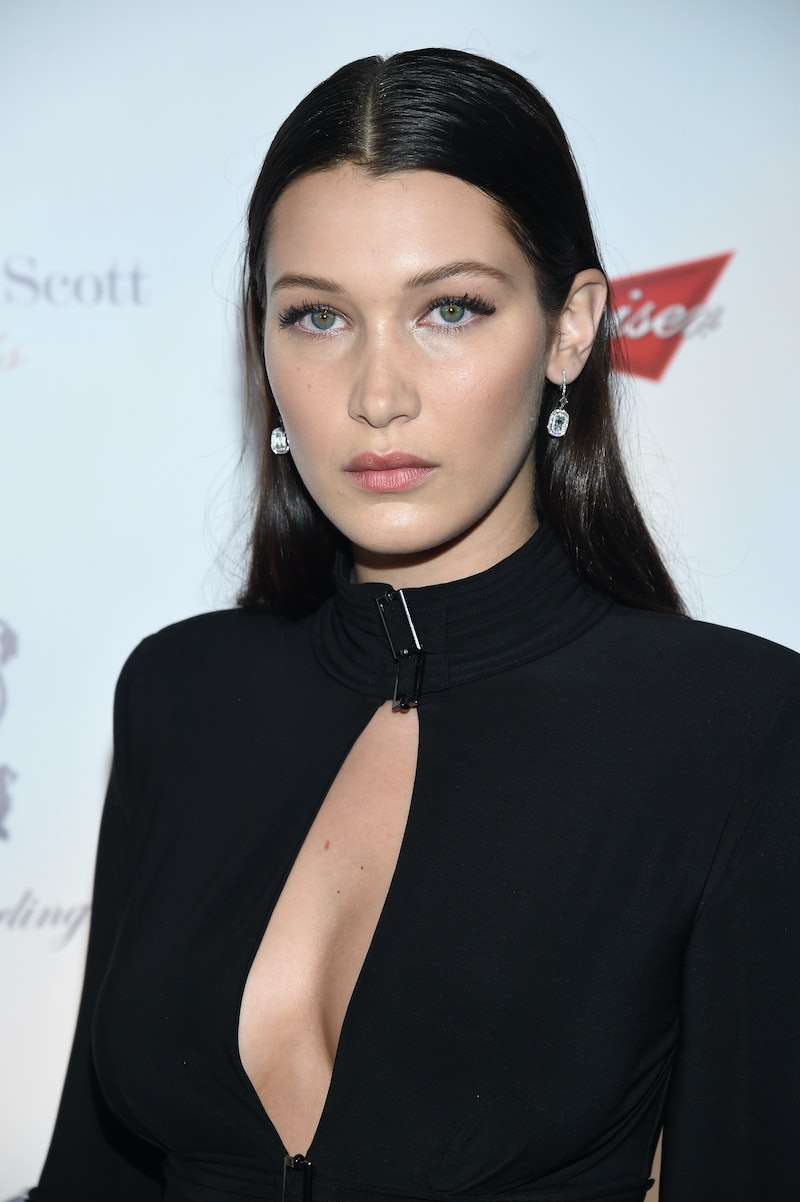 The rest of us can have a seat, because Bella Hadid proved in The Weeknd's new video that she is not one to mess with. The budding model (and daughter of Yolanda Foster) obviously has looks to kill, and she proves that quite literally in the sexy new music video for her boyfriend's song "In The Night." In the video, The Weeknd pays homage to music videos of the past by telling a gritty story of a group of gun-slinging gangsters out for blood, setting their sights on go-go dancers in a night club. One of the men captures Hadid, asking her, "Are you afraid? I asked if you're afraid. Let's dance tonight."

Let's just say, things get bloody — very bloody. But Hadid flips the script. Instead of playing a damsel in distress, waiting for her boyfriend to come rescue her, she actually rescues him and it's awesome. The gangster points a gun at the back of The Weeknd's head, but before he pulls the trigger, HBIC Hadid (which is officially her new nickname) exacts her revenge.

Hadid (clad in femme fatale red leather) and her real-life boyfriend escape on a motorcycle as the epic video ends. Where do they go after that? We may never know. Is it possible a trip to IHOP was in the plans? Hey, if you just took down a bunch of thugs, you'd be hungry, too.

Hadid is not the first beauty to tackle bad guys in a music video. Here are some other badass videos in which ladies showed 'em who's boss.

"Bitch Better Have My Money" — Rihanna

Rihanna is no stranger to controversy in her music videos, but in "BBHMM" she actually rolls her eyes at a dying woman. Don't act like you forgot!

The beginning of this video has a warning stating that no men were harmed in the making of the video. That's all I need to say.

M.I.A. and her girl gang tackle an intense car chase in the desert like it ain't no thing. Killer.

Britney robs a convenience store and holds the clerk at gunpoint, steals a car, and flees the cops... all for "a bad boy with a tainted heart." Ah, love.

The granddaddy of all femme fatale videos, this one took Swift's entire squad (including Hadid's sister Gigi) and gave them leather, wigs, guns, and a license to kill. It's perfection.

Keep it up, ladies!