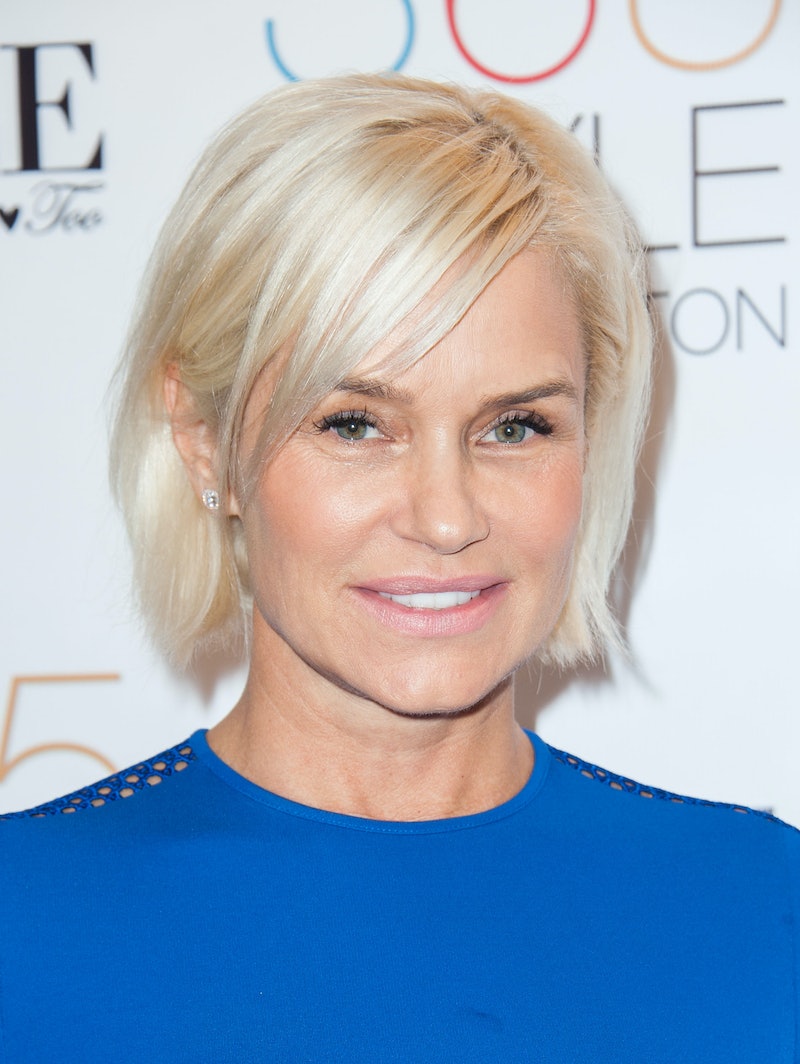 I was so excited to watch the Season 6 premiere of Real Housewives of Beverly Hills . I was pumped to see my favorite ladies back in action and catch up on what they've all been up to since Season 5. That was until I was actually watching the episode. It was pretty tough for me as a viewer, because I was appalled by the remarks the ladies made when questioning Yolanda Foster's health and appearance, in light of her Lyme disease diagnosis. Thankfully, Yolanda is so much better than that nonsense. In fact, Yolanda Foster is the most grown-ass woman on Real Housewives of Beverly Hills — by far.

As much as I live for the Real Housewives in every city, I have to say that Yolanda is the classiest lady out there. She really is many paces beyond the rest. With that said, I need her on this show and I want everyone else to shape up so they can deserve to be in her presence.

Yolanda is a grown-ass woman. She is successful, mature, and supportive in addition to having other qualities that are clearly lacking in some of the other Real Housewives. For instance...

1. She Supports Other Women

Yolanda seems like the ideal friend. She always goes to the other Housewives' events in addition to supporting their ventures on social media. She is not the kind of person who believes that someone else's success takes away from her own.

2. She Is Kind To The Haters

Even when the women on RHOBH get out of control with the cattiness, Yolanda still keeps it classy by refusing to engage in the drama. On her Bravo blog, Yolanda once wrote, "We must all try to be kinder than necessary, because those hardest to love need love the most."

In the Season 6 premiere, Kyle Richards, Lisa Vanderpump, and Lisa's husband Ken Todd were very hard on Yolanda for her appearance at Lisa Rinna's birthday dinner because she did not have makeup on. Does she not get any credit for showing up when she's sick? As she wrote in her Bravo blog, "

Ken Todd is right, I don't look good. I definitely look ill... but that’s because I AM! I miss the days of what now feels like my old LIFE: the hair, the makeup, a sexy dress, but most of all being in a healthy body. At the end of the day, I now value to be "real," not to be "perfect."

Plus, she looked beautiful anyway.

4. She Is Mature In A Breakup

As we have seen on RHOBH, Yolanda and Mohammed Hadid, her ex-husband and the father of her three children, get along very well. They even hang out in a social setting without the kids. And so far, she seems to be just as amicable in her split with David Foster.

5. She Is Not Afraid To Give Apologies

Yes, Yolanda makes mistakes too, and she always apologizes for her slip ups. Case in point, when she made those "dream team" seating cards for her dinner party and offended the people she excluded, she apologized to everyone immediately. She later made "dream team" shirts for everyone when they did a scavenger hunt in another episode.

6. She Lifts Others Up, Instead Of Putting Them Down

Yolanda tries to support everyone on RHOBH. When Brandi was on the outs with all of the girls in Season 5, Yolanda came to her aid and tried to help her get through the rough patch. She has also been a good friend to Kim Richards during her battle with sobriety and recent legal troubles.

7. She Refuses To Engage In the Pettiness

Yolanda never fans the flames when it comes to drama. You think that would make her pretty boring to watch, but she always contributes great substance to the show. Plus, she tries to help the women get through their issues without overstepping her boundaries.

8. She Never Gives Up

Yolanda has been relentless in her fight against Lyme disease. She is spreading awareness, traveling the world, and trying new treatments in order to find some cures for the terrible disease. She always pushes herself to overcome her illness.

9. She Is Always Positive

Yolanda always knows what to say. She always has an optimistic take on every situation no matter what is happening.

The other Real Housewives have slapped each other, thrown wine, chucked entire wine glasses, and gotten physical in other ways. Yolanda always uses her words and never resorts to any sort of force.

11. She Doesn't Dumb Herself Down

Yolanda would never pretend to be a dumb blonde for entertainment value. She always tries to articulate herself well and is very proud of it.

It pains me to see the ladies coming for Yolanda Foster on Real Housewives of Beverly Hills. I hope that the ladies recognize her greatness and become inspired by the most grown-ass woman on RHOBH.