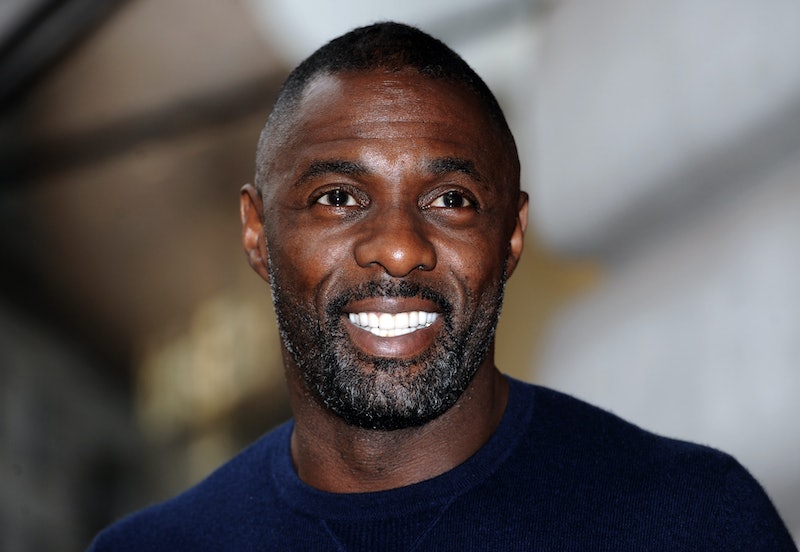 Even though a lot of recent buzz about Idris Elba has been centered on the inane question on whether or not Elba is “allowed” to be the next Bond (the James Bond franchise would be lucky to have him), Elba has been brushing it off and making amazing and important work. Still, it was a pleasant surprise to see that the 43-year-old British actor earned three Screen Actors Guild nominations on December 8. The awards, which will air on January 30, are a pre-cursor to the Oscars, and, including Elba, there are many other surprising nominations which could prove for an interesting awards season. But Elba deserves to take home at least one statue; he’s even nominated for two on his own, Best Actor In A TV Mini-Series Or Movie for Luther, and Best Supporting Actor for Beasts Of No Nation, which also got a Best Cast Performance nomination.

Elba’s fellow nominees across all the SAG categories are formidable competition. Regardless, it looks like, hopefully, the SAG Awards will pay the Cary Fukunaga Netflix film Beasts Of No Nation its due. Based on Uzodinma Iweala's novel of the same name, Beasts Of No Nation tells the difficult story of Agu, a child soldier in a West African nation that is intentionally left unnamed in the film. Elba plays the brutal Commandant of the faction of child soldiers that Agu joins.

Beasts Of No Nation premiered on Netflix in October and simultaneously in theaters, and the story it tells is brutal — and that’s exactly why it can’t be ignored. Critics are lauding Elba’s terrifying and sobering performance as the Commandant; A.O. Scott, who called the film an “effective nightmare,” praised Elba’s demonic, charming duality, who eventually shows his weakness: “in retrospect our amazement at Mr. Elba’s accomplishment only grows.”

I am also amazed at Elba, who has consistently been giving incredible performances since The Wire (and yes, I'm including his turn on The Office). He deserves the Best Supporting Actor for Beasts Of No Nation, though the cynic in me believes he’s not likely to win. Elba is up against Christian Bale (The Big Short), Mark Rylance (Bridge Of Spies), Michael Shannon (99 Homes), and Jacob Tremblay (Room). Elba is the only actor of color nominated in the category, and, sadly, one of the few minorities nominated overall. The major categories for Best Actor/Actress and Best Supporting Actor/Actress have no nominations for actors of color.

If Elba doesn’t win for Beasts Of No Nation, which he should — not only for his performance but for the historical and humanitarian significance of the film — then he should take home the SAG Award for Luther. Elba has won a Golden Globe for his role of the detective, and been nominated for three Emmys (and a number of other accolades). Shockingly, he's never even been nominated for a SAG Award for the show until this year. He’s up against the likes of Ben Kingsley (who would also deserve a win, but the man is a knight!), but it’s about time the Screen Actors Guild honor Elba for Luther.

Most of all, it would be a symbolic victory, not just for Elba, but for the SAG Awards to move into the present. Award shows are under scrutiny this year (and every year, of course) after for so long refusing to recognizing diverse stories. 2015 has been a year of conversation about the intrinsic racism of Hollywood, and Elba has been a direct victim of it. The James Bond conversation got ugly, fast, with his detractors saying he was “too street” to play the role. Elba, classy and dazzling as ever, has responded with good humor, but that doesn't make the "debate" any less troubling.

Last year, the SAG Awards was the most representative with their nominations and winners, but the nominees across the board are much less diverse. Give Elba a SAG award, as he deserves, and then just go ahead and get him in the next Bond tux.