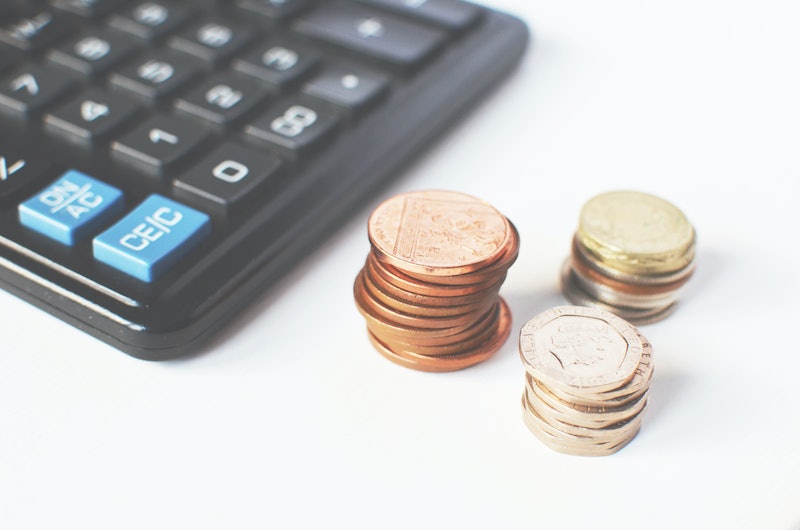 More money in your bank account is never a bad thing, but after everyday expenses, saving can sometimes seem impossible. The good news is there are definitely a few quick and easy ways to save money that truly aren't that hard and will leave you with a little extra at the end of each month.

According to a 2015 study published by the American Psychological Association (APA), Americans are reporting higher levels of stress specifically over money, especially parents and members of the younger generation. “Regardless of the economic climate, money and finances have remained the top stressor since our survey began in 2007," said APA CEO and Executive Vice President Norman B. Anderson. "Furthermore, this year’s survey shows that stress related to financial issues could have a significant impact on Americans’ health and well-being,”

At the same time, financial planning expert Jeremy Vohwinkle noted in a piece about ways to save for About.com that there aren't truly any secrets to saving money; all the information is out there and readily available, it's just up to us to decide to use it or not.

If you're stressed about money, or just know you could be doing better when it comes to your personal budget, here are nine tips that can help you save money instantly.

According to a study featured on ABC News, the average American spends $14.40 on buying coffee outside of the home each week, and $1,100 a year. And this is only the average — meaning some of us spend way, way more. So making it both easy and appealing for yourself to make coffee at home is definitely a worthwhile investment. I personally realized that I really enjoy drinking from "to-go" cups for whatever reason, so I asked for a few reusable ones for my birthday and have been drinking more coffee at home ever since.

In an article for U.S. News and World Report on ways to save money fast, Cameron Huddleston, contributing editor of the personal finance news site Kiplinger.com, recommended canceling your cable altogether. “There are so many other options out there for less, like Netflix and Hulu,” Huddleston said, noting that there is just no longer any reason to pay high cable bills. This is a particular tip I can personally vouch for — I canceled my cable a few years ago and have never looked back!

3. Leave Your Credit Cards At Home

In an article for Reader's Digest, Stacy Johnson, CPA and President of Moneytalksnews.com, recommended simply leaving your credit and debit cards at home more. “If you leave the house with only enough cash to buy what you’re shopping for, you’re automatically unable to succumb to impulse buys, which often bust your budget. We’re more likely to overspend with pieces of plastic than real money," Johnson said.

According to a study published in the Journal of Consumer Research and featured on Phys.org, we are for less likely to break large bills that look new and crisp over small bills that look old and faded. So if getting change at a store or bank, ask for the largest bills possible. It could be the difference between spending $50 on stuff you don't really need.

In the same Forbes article, tech writer Simon Hill reminded us to think about everything our smart phones can do for us before running out and buying a new gadget specifically designed for one thing. For example, he notes that your phone can now serve as your instrument tuner and your universal remote.

In an article for Daily Financial, John Schmoll, founder of FrugalRules.com, recommended simply doing your research before buying almost anything. "Buyer's remorse is one of the worst feelings a consumer can have, especially on a large purchase. The easiest solution is to avoid impulsive purchases and thoroughly research and comparison shop any big-ticket items," Schmoll said. Schmoll also recommended always asking yourself a few basic questions before buying things, like, "Do I really need this or is it something I just want in the moment," "If I bought it, how often would I use it," and "How many hours of work would it take to pay this off?"

A piece on BankRate.com on areas you can cut costs fast recommended making sure you are always aware of your bank's hidden fees. For example, my bank charges about $5 every time I use another branch's machine — and that's in addition to the dollar or more service fee on an out-of-branch machine. Taking 20 bucks out for dinner can become taking $27 out — and that's a significant difference when you're on a budget. Walk the extra few blocks to go to your specific bank, and try taking larger sums out at a time when you're at your own bank so you always have cash on hand.

According to an article for SFGate, an energy-efficient lightbulb can save you about $92 in the long run. Combine that with the fact that you probably have multiple lightbulbs in your home, and why wouldn't you opt for the energy efficient option?

You shouldn't have to live on rice and beans or feel like you can never indulge yourself again because you're trying to save money. Instead, look for the hidden ways you're spending and try to cut cost there first — that way you can feel better about the occasional dinner out with friends or splurging on those awesome boots.