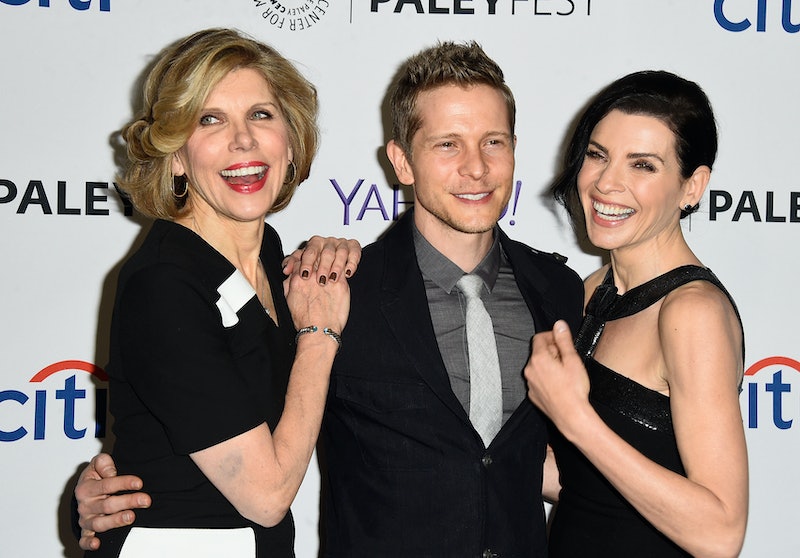 Now that the 2016 Golden Globe nominees are officially here, it's time to start coping with the fact that some beloved shows, actors, and actresses weren't nominated. For example, it might surprise some that The Good Wife wasn't nominated for a Golden Globe. Say what? For six straight years it earned a nom in the Best Drama category, but this year it didn't receive any love. As maddening as that might be for fans, the show had some serious competition this year, especially with new dramas on the map.

So, which series earned a nomination? FOX's Empire, HBO's Game of Thrones, USA's Mr. Robot (and so deserved), Starz's Outlander, and Netflix's Narcos. That's some stiff competition if I do say so myself. With more and more shows coming out each year with outstanding storytelling and amazing casts, shows like The Good Wife might not be recognized year in and year out. I mean, not even Julianna Margulies was nominated, which is shocking to say the least. However, when you're up against a beyond talented group of women, anything can happen, especially when it's nominees Caitriona Balfe (Outlander), Viola Davis (How to Get Away With Murder), Eva Green (Penny Dreadful), Taraji P. Henson (Empire), and Robin Wright (House of Cards).