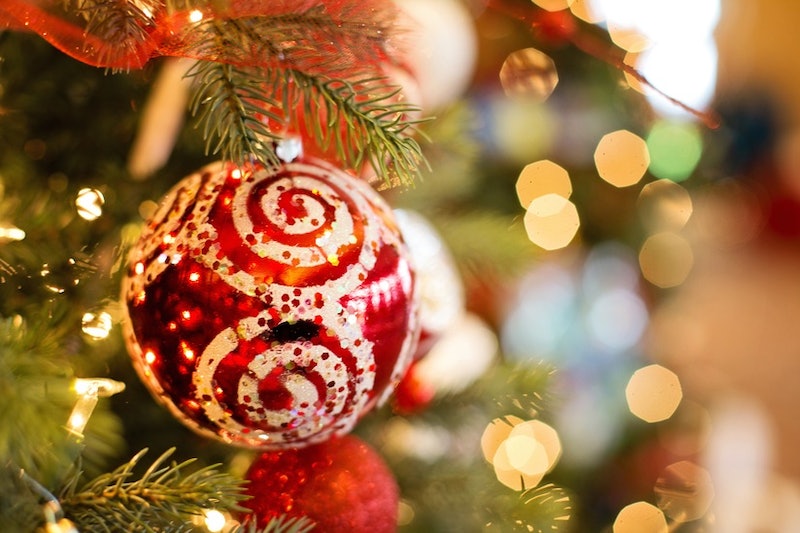 Here's some holiday cheer for you: as it turns out, statistically speaking, people aren't more depressed during the holidays. The stereotype is that the holidays, although supposed to be filled with yuletide joy, have the opposite effect. Think about any sitcom you've ever seen where any character is single during the holidays: it's portrayed as a cause for panic and depression. Likewise, the constant spending and hectic running around from friend to friend and family member to family member are all traditionally considered stress-and depression-inducing, not to mention thoughts of all the people we've lost along the way. Despite the seemingly inescapable pressures of the holidays, the CDC has reported that November and December are actually the months with the fewest suicides, suggesting that people aren't as depressed at the holidays as you might think.

Christine Moutier, psychiatrist and chief medical officer with the American Foundation for Suicide Prevention, explained to NPR that people don't suddenly develop seasonal mental illnesses. While generally happy people might experience stress during the holidays, they're not going to become instantly suicidal, or be caused to go to extremes because of that stress. So while you might feel frustrated or snap at your loved ones, you're not suddenly going to become a suicide risk simply because it's the holidays. The mental illnesses that cause suicide are much more complex and difficult to overcome than "I didn't know what to get my boyfriend for Christmas." During the holidays, be grateful for your moods, because for some people it's not that simple.

Meanwhile, suicide rates actually spike during the summer. Even though summer is a happy, outdoorsy, sunny time, people with depression can find that intensified against everyone around them's energy (this is called "energized despair"). The moral of the story is be careful how you throw around the word "depression" during the holidays if you don't actually have a mental illness. You might be sad or stressed, but there are people around you who are really suffering all year 'round.

So just remember to take a breath over those ordinary, dumb stressors this holiday season, and be grateful for the people around you — not just during the holidays, but during the rest of the year, as well.