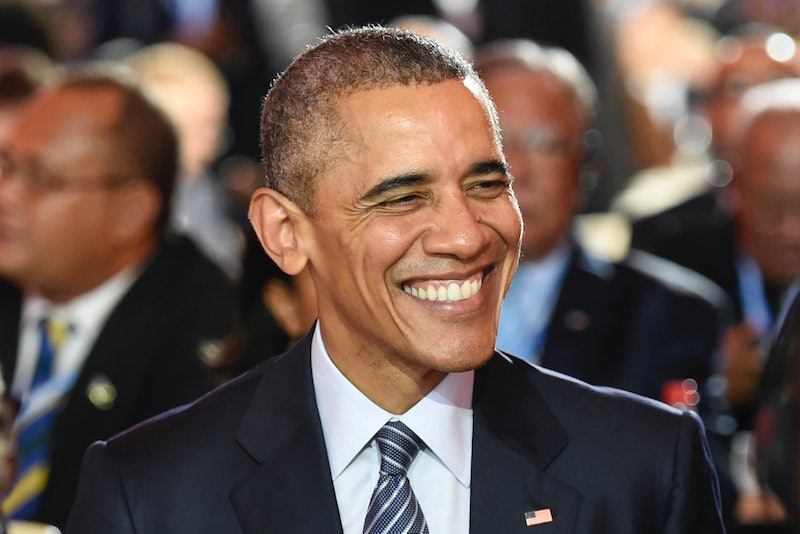 Obama made his choice in an interview with People magazine, in which he and First Lady Michelle opened up about all their best bits of 2015, from the songs that got them dancing to the moments that brought tears to their eyes — and their choices will just make you love them all the more. Obama’s tune of the year has been Kendrick Lamar’s "How Much A Dollar Cost," while Michelle’s favorite film was the adorable Inside Out . Yup, agreed on all counts, Obamas.

While I’m pretty happy to take Obama’s recommendations on anything, it’s when it comes to books that he really hits his stride. The president has opened up before about how reading books taught him valuable skills like empathy, and even went as far as to say that novels made him a better citizen. You don’t get much better praise than that, folks. So when Obama says that Fates and Furies is his favorite book — well, that means something.

Unsurprisingly, Lauren Groff, the author of Obama’s favorite book Fates and Furies , was pretty blown away by this news, joking that she might as well retire right away. Here’s hoping she doesn’t — because I’m sure there a ton more great things to come from this talented author.