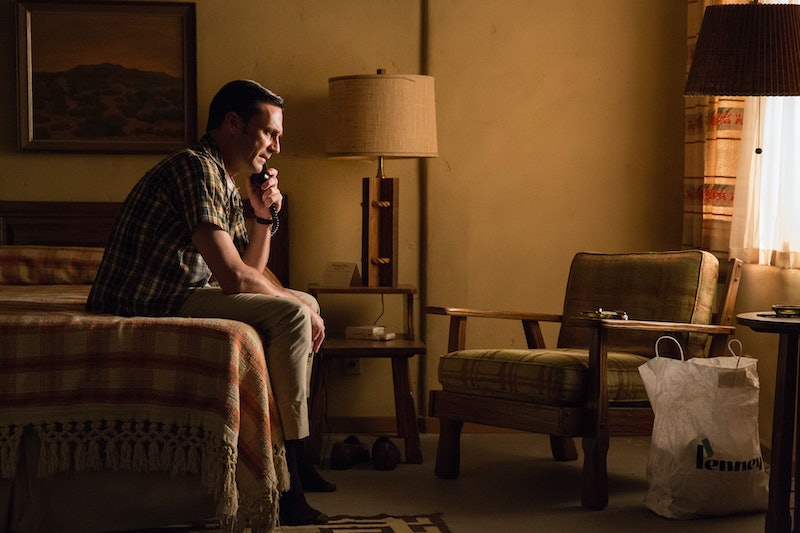 There is one common factor among all of the 2016 Golden Globe nominees for best television series: They'll be returning for further seasons. While this may not sound like a huge deal, as television shows good enough to get award recognition are often good enough to be renewed for more seasons too, the Hollywood Foreign Press Association seems to have forgotten about the fantastic final seasons of some popular television shows. The Golden Globe nominations featured no mention of critically acclaimed darling Hannibal, the lovable and popular Parks and Recreation, or the modern classic Mad Men. So what's going on when it comes to final seasons of television shows?

The Golden Globes eligibility rules state that the primary thing a television show needs to be nominated is "a total running time of at least 150 program minutes aired during the qualifying year," which all of these series had. Plus, Jon Hamm was nominated for Lead Actor in a Drama Series for his Mad Men performance, showing it was definitely up for this year's awards. So it appears that these shows were entirely eligible for nominations — they were just snubbed.

Reasons for this could include the fact that many of these show ended earlier in the year, giving the HFPA time to forget about them and move on to other series. Parks and Recreation ended on Feb. 24, Mad Men on May 17, and Hannibal on Aug. 29. All of these dates are far enough away from awards season that the voters may have just forgotten that these seasons aired this year, and how great they were, especially when there is such a crowded field of excellent television content.

While it's unfortunate that these final seasons won't be recognized at the Golden Globes one last time, hopefully, they shows will be awarded at the Emmys, and live on in popularity among fans. The Wire was never nominated for a Golden Globe, but that didn't stop it from being one of the most beloved shows of all time. Surely, the same fate awaits these ended fan-favorites.Image: Michael Yarish/AMC

More like this
Twitter Is Upset About The 'American Idol' Top 3 Results: "Who TF Is Voting?"
By Jake Viswanath
What’s New On Netflix: A Victoria Justice Rom-Com & The Return Of David Letterman
By Arya Roshanian
What’s New On Netflix: The Return Of 'Bling Empire' & A Rebel Wilson Comedy
By Arya Roshanian
Kanye Walked Out Of Kim's 'SNL' Monologue Because Of These 2 Words
By Jake Viswanath
Get Even More From Bustle — Sign Up For The Newsletter