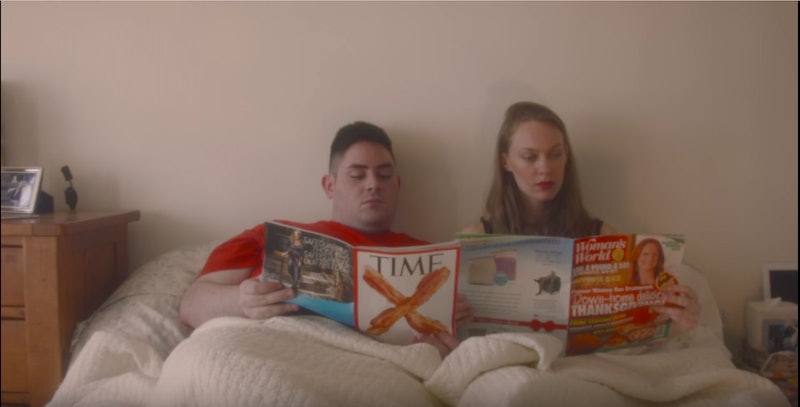 Meanwhile, straight people are depicted on television with a variety of characterizations (though they also struggle with diverse representation of race, size, and ability). But a straight character's life is never "about" their straightness. To be straight is the default, so no character ever has to introspectively grapple with the otherness of their sexual orientation, or rub up against any discomfort when it comes to who they love. Straight characters get to have nuanced, complex lives, while queer characters are relegated to tired stereotypes, characterization in broad strokes, and almost always having the most interesting thing about their character be that they're queer.

"I'm a little weary of fraught coming-out stories. Give me more gay rom-coms! Give me more character arcs where someone struggling to accept their otherness is not the only thing happening in [his or her] life! Queer representation in the media lately seems either to skew very dire or very caricature-y. We’re making progress, but I’d like to see that change."

"Straight Marriage" underscores how caricature-y queer representation in the media is by showing us how ridiculous it would be to treat straight characters the way we treat queer ones. For example:

(Yes, those are freshly oven-warmed Pretzel Thins she just prepared for dinner.)

As "my sports team in is overtime in the finals drafts" shows, it's cringeworthily awful to paint straight characters in the same broad strokes we relegate to queer characters. Isn't it time start hiring more queer directors, artists, writers, and other media makers behind the scenes in the service of delivering more realistic narratives?