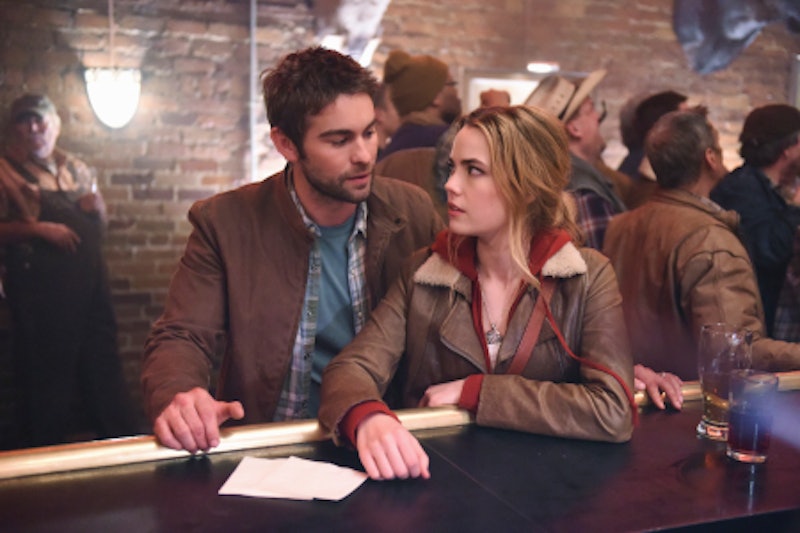 Well folks I have to tell you, things are not looking good for a Season 2 of Blood & Oil, and that is pretty disappointing. On paper the show had it all: An attractive cast with successful shows already under their belt, a plot that is pulled from the headlines of the not so distant past (the 2006 oil boom in North Dakota) and a fast-paced, soapy plot. What's not to love? Unfortunately a low viewership caused ABC to cut Blood & Oil's episode count to 10 not long after it began airing. It's a shame but the show never really found its footing despite all of its charms.

Officially there has been no word on if the show will continue on, but unofficially is seems certain that Blood & Oil wil be cancelled. It's very hard to overcome your episode order being reduced, and there has been no last-minute ratings surge. But, let's look on the bright side of the too-much-TV epidemic: There is plenty of other amazing shows to cheer you right up. Not sure what to watch? Not ready to move on from this oil-covered soap? Don't worry, I've got you covered and there is something for everyone. Here is a handy list of the show to watch next based on your Blood & Oil needs.

If You're Missing Chace Crawford...

Long before he was Billy LaFever, he was killing as the steady (if a little boring) Nate Archibald. Catch up on this teen soap (streaming on Netflix!) to get all of your Crawford needs, with a bonus of Ed Westwick and his amazing american accent.

If You Need A Western...

Sure, ABC flirted with some Western themes in Blood & Oil, but Deadwood is the gold standard. There is even talk of a Deadwood movie so pour yourself some whiskey and catch up now.

If You Need More Don Johnson In Your Life...

And, who doesn't? While my personal Johnson favorite is Nash Bridges, Vice was the 80s hit-maker and saw him rocking some amazing hair and outfits. Plus, once you watch Miami Vice, you'll see how many shows and movies try and imitate Miami Vice.

If You Thought Wick Was The Best Part...

Scott Michael Foster has been all of our TVs lately, but let me tell you he is never better than as the adorable slacker Cappie on Greek. The show is light and fun while not shying away from more series issues and will have you calling your college besties in no time flat.

If You Want A Soap Opera...

You want drama? You want sweeping monologues? You want love affairs? Scandal has got you covered. But do yourself a favor and hop off the train before Season 3 hits. You'll thank me later.

If You Want A Soap That Sings...

If You're Craving The Original...

Blood & Oil is a lot like the 1980s classic. From the rural setting, the family drama to the villainous tycoons, the homage was clear. Check out the original and find out for yourself if this stacks up.

If You Want The Perfect Show...

But, you already knew that, right?

More like this
8 LGBTQ+ TV Shows & Movies Like 'Heartstopper' To Watch On Netflix
By Alyssa Lapid
Everything To Know About The Possibility Of 'The Essex Serpent' Season 2
By Rachel Mantock
ITV’s 'Grace' Will Likely Return for A Third Season — & Many More After That
By El Hunt
The Time Traveler’s Wife Book Has A Heartbreaking Ending
By K.W. Colyard
Get Even More From Bustle — Sign Up For The Newsletter