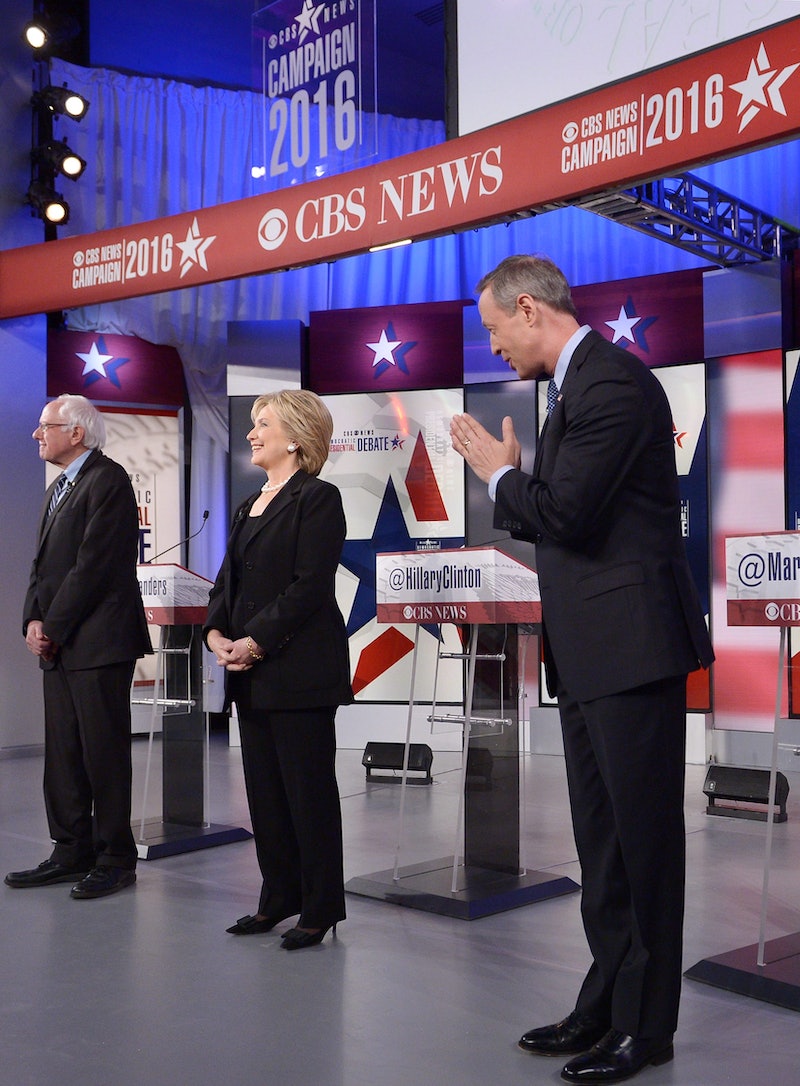 New Hampshire might be one of the smallest states in the U.S., but don't underestimate its political punch. The third Democratic debate, featuring Bernie Sanders, Martin O'Malley, and Hillary Clinton, will be held at Saint Anselm College in Manchester, New Hampshire. But just what is it that sets New Hampshire, the 42nd-smallest state in the country, apart from the rest?

New Hampshire is scheduled to be the second state to hold its primary election, after Iowa. Because of this, the state has consistently been pushed as the go-to place to visit for presidential candidates, year after year. Manchester has been visited a whopping total of 139 times by presidential hopefuls since January 2013, with candidates dropping in to local eateries, colleges, and even voters' house parties. The state itself has had candidates visit more than 250 times.

This is also about keeping up appearances. With the state being second on the list for primaries, it's good for candidates to set off what will look like a winning streak to voters, especially if they are lucky enough to snag powerhouse Iowa.

The fact that New Hampshire is a swing state will more than likely be on the candidates' minds during the debate. Out of the 13 smallest states, New Hampshire is the only one that hinges on a swing vote, with a very slight statistical advantage given to liberals. By appealing to the state's voters next week, O'Malley, Clinton, or Sanders could more firmly secure their chance to win them over.

Aside from the locale, New Hampshire will be an important stage for the candidates to reaffirm their position on gun control. This debate will be the first time the Democratic candidates have gotten the chance to go head-to-head on the pressing topic since the Planned Parenthood and San Bernardino shootings took place. New Hampshire will be an apt location for this discussion to happen, since the state is known for having weak gun laws, with no registration or permit required for firearms. It's just the type of place the candidates' stricter gun policies hope to appeal to.

With all of this in mind, the Democratic candidates have their work cut out for them in the last debate of the year. In a final rush to the primaries, this will be one of the last chances they have to appeal to the little state with big political chops.