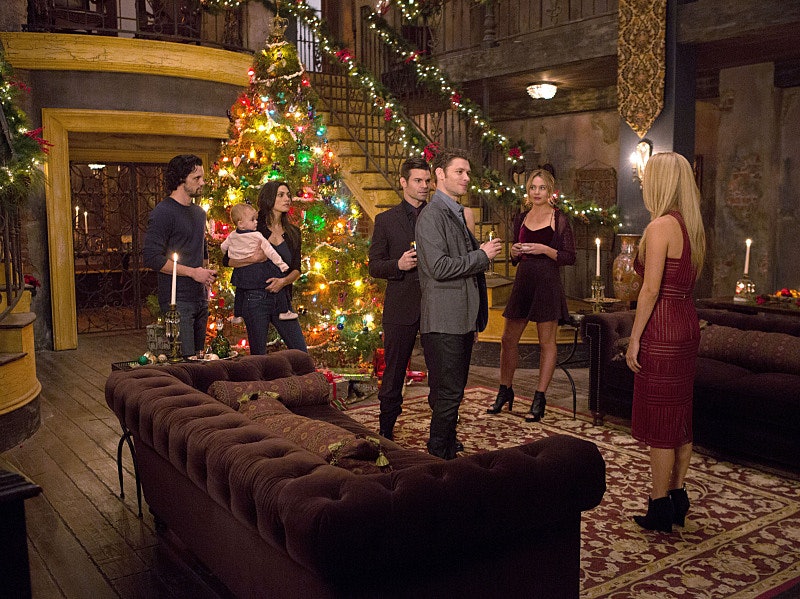 Klamille fans went on a roller coaster of emotions during The Originals' Winter Finale. First in "Savior," after saving Camille from Aurora, Klaus was being super protective and refused to let Cami out of his sight, which made Klamille fans swoon. Then he saved Detective Kinney just because Cami asked him to, which made Klamille fans hopeful. And, then Klaus actually kissed Camille, and Klamille fans lost their minds. Of course, the excitement at Klamille finally happening was quickly replaced with shock when Klaus woke up cuddled with Camille, only to find her blood on his hands and her throat slit! But, are the brilliant minds behind The Originals really so cruel that they would give us a Klamille kiss and then kill Camille in the next scene? Is Camille really dead on The Originals ?

There's no question, things are definitely not looking good for Camille. When Klaus woke up to Camille bleeding out on his bed, his first reaction was not to try to feed him her blood to heal her, which wouldn't work if Camille was already dead. Furthermore, Aurora seemed all too pleased when she told Tristan she had had a good day at the end of the episode. Would she really be that pleased with herself if she didn't make sure Cami was truly dead?

That said, this is a winter finale, which means that anything could happen in the first moments of the second half of The Originals' season. Klaus could, for example, feed her his blood to cure her. Or perhaps she died with vampire blood in her system (did Klaus have to heal her after crazy Rebekah attacked her?). Or maybe Vincent, having embraced his destiny as regent and unleashed his powers, will be able to use magic to revive her. So, while Cami's fate might appear to be sealed, it isn't written in stone quite yet.

As you wait for The Originals to return with new episodes on Friday, Jan. 29, there's little point in speculating on whether or not Camille is really dead. So, to all you Klamille shippers out there, enjoy re-watching that kiss over and over until The Originals returns.