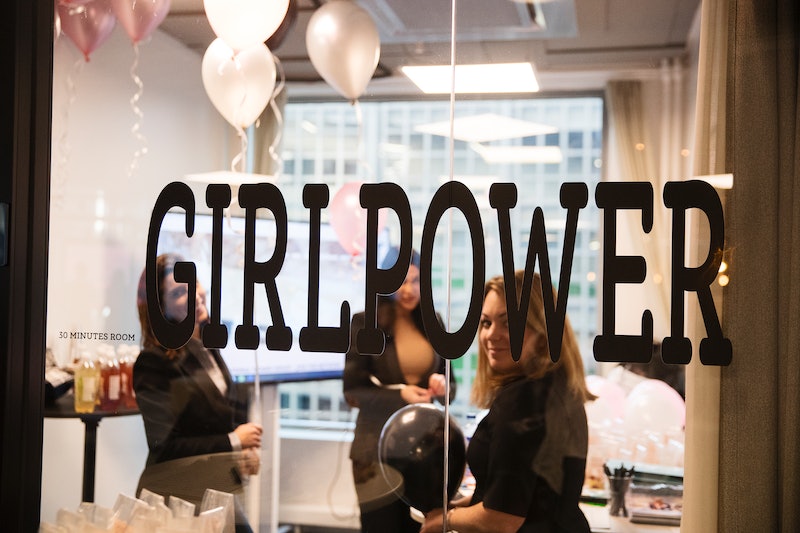 If you were born at a time when women in the United States had most of the privileges they have today, you may be surprised to hear how recently women have attained certain rights. There are so many things women couldn't do just decades ago that we take for granted. For example, women could not get their own credit cards until 1974, and most Ivy League schools did not admit women until the 70s. To look at even more recent history, 1980 — not too long before most Millennials were born — also looks like the dark ages for feminism in many ways.

Here are a few examples of opportunities that were not granted to women just 35 years ago. If you were an adult in the '80s, you may have personal experience with the discrimination that prevailed during that time. If you were not yet born or very young at this time, these facts might make you grateful that you were born later. They also should make you grateful for the work feminists have done to attain these rights — not until very recently, in some cases — because the battles that won them were certainly not easy to fight.

1. Women Could Not Be Covered By Health Insurance Under Maternity Leave At Many Companies

Until the passage of the Family and Medical Leave Act in 1993, companies had no legal obligation to provide women with maternity leave or to cover her health insurance during that time. If a woman wanted to take time off during pregnancy or childbirth, she risked being fired or going through the process uninsured.

2. Women Could Not Sue For Pay Discrimination After 6 Months

Before the passage of the Lily Ledbetter Fair Pay Act in 2009, a woman could only sue employers for discriminatory pay immediately after the payment decision was made, even if she did not know at the time that her male coworkers at the same level made more (as Lily Ledbetter, who the law is named after, didn't). After six months passed, the window for taking legal action closed.

3. Married Women Could Not Accuse Their Husbands Of Rape In Every State

States began lifting marital exemptions to rape laws in 1975, but they were not all gone until 1993, which means it was completely legal in some states to rape a spouse well into the '90s. And even today, people don't take spousal rape as seriously as other forms, spouses often have trouble proving the sex was not consensual, and eight states have loopholes that can allow marital rape to slide. For example, certain sections of Ohio's rape laws still use the phrase "marital privilege."

4. Women Could Not Get A Ph.D. In Women's Studies

5. Women Could Not Serve In All Combat Roles In The Military

Even though women had been serving in non-combat roles since the Revolutionary War, not all combat roles were available to women until Dec. 3 of this year, when Defense Secretary Ashton B. Carter announced that all combat jobs are now open to women.

More like this
How To Fight For Reproductive Rights, Based On How Much Time You Have
By Courtney Young
Sandra Bullock, Girlboss Extraordinaire
By Matt Harkins & Viviana Olen
The Music Industry Continues To Fail Black Women
By Precious Adesina
Yomi Adegoke On The Offline Diaries & The Power Of Representation
By Jessica Morgan
Get Even More From Bustle — Sign Up For The Newsletter