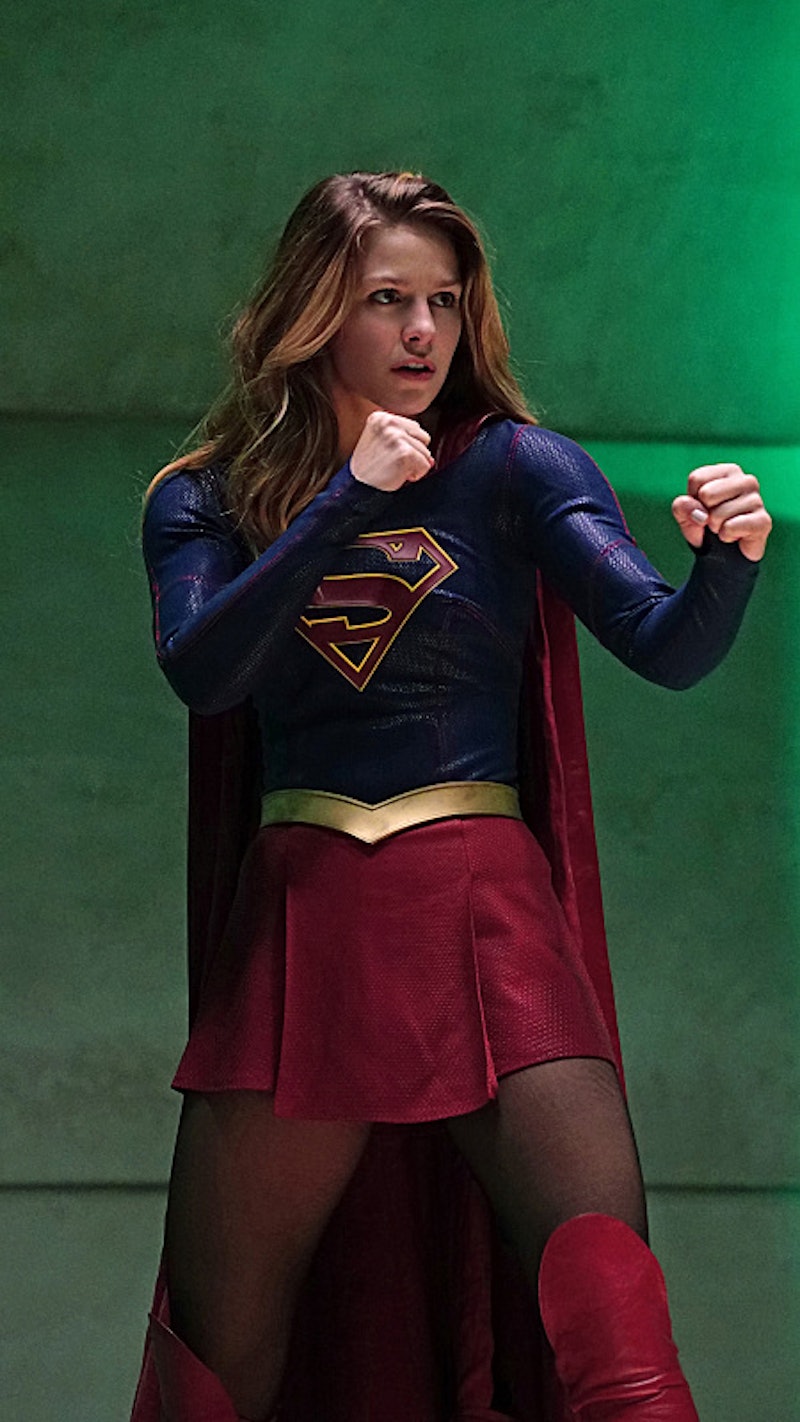 Maybe I've watched one too many seasons of American Horror Story, but I always have a hard time believe that someone is actually dead on a show. Unless I see an actual body (and even then that's no guarantee), then I automatically assume this character will inevitably pop up somewhere down the line in a shocking reveal. So you can imagine my immediately suspicion when Kara recounted how her mom supposedly died when Krypton exploded. But when you think about, we don't really have any concrete evidence as to whether or not Alura could still be alive on Supergirl . Kara never actually saw her mother's remains and considering that our main character is faster than a speeding bullet and can fly, we're not exactly working within the normal realms of logic and reason.

That being said, though, I have a sneaking suspicion that this particular death is as straight forward as it seems. For starters, the actress Laura Benanti is already playing two characters: Kara's evil aunt Astra and an A.I. program version of Alura. Adding an actual real-life version of Alura into the mix may be a little more than she wants to juggle. (Though Orphan Black's Tatiana Maslany sure makes it look easy.) Then there's the fact that Astra's holographic presence seems to be directly linked to Astra's memory, which is how it's able to remember things about Krypton and help guide Kara. I don't think it could exist if she was actually gone. (Then again, I know very little about technology, nevermind Kryptonian-centric technology.)

But my gut instinct alone isn't the only evidence I have at my disposal. In an interview with The Hollywood Reporter back in October, executive producer Andrew Kreisberg hinted that Astra was the only one of the two sisters that we'd see alive in the present day. "We'll see her mother both in flashbacks and we're also going to see her as a A.I. program," Kreisberg explained. "[It's] similar to the way you would see Marlon Brando in the Donner Superman films, as a living computer that Kara is able to commune with." Of course, this is something we've already seen come to pass on the series and while it's always possible that he was misdirecting us on purpose to help make Alura's return all the more shocking later on, I can't help but feel like there's no added mystery to this death.

Monday night's episode description for "Hostile Takeover" states that "Kara goes toe-to-toe with Astra when her aunt challenges Kara's beliefs about her mother." But whatever this big revelation may be, I sincerely doubt that it involves a surprise resurrection. Sometimes death just has to stay permanent in order for our heroes to rise up in the face of loss and tragedy. It's like the age old saying goes: what doesn't kill you, makes you stronger. And when it comes to strength, our girl Kara Danvers has got it in spades.