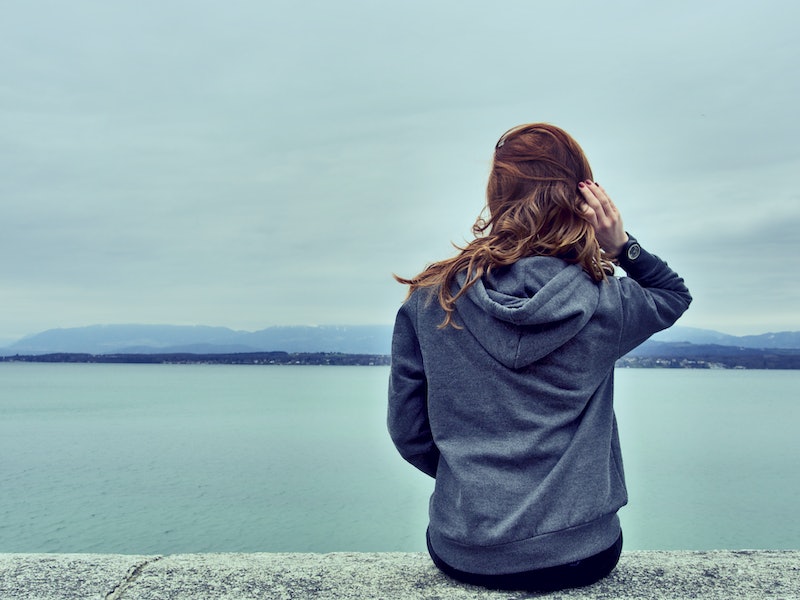 Recently, childfree women — those who don't have kids or don't plan to have them — have brought attention to the way people view them as incomplete or missing out, not to mention all the backhanded compliments directed toward women who don't want kids. As someone who isn't interested in reproducing myself, I can attest to the fact that people often make judge-y and know-it-all remarks toward childfree women, even when they're disguised as genuine concern or even flattery.

Throughout our society and many others, there is a belief that women who don't want children are missing a biological instinct — that there is something wrong with us. Yet reproducing is not instinctual for everyone. Having a sex drive isn't even instinctual for everyone! And even when people don't have anything against the childfree, they often assume everyone wants kids. "How many kids do you want?" and "What do you want to name your kids?" are frequent topics of casual discussion.

I've written about all the unconstructive criticism directed toward women who don't want kids, but what about comments that are not intended as criticism but still come off that way? Here are some backhanded compliments given to childfree women that, honestly, we're tired of hearing.

1. "It's Great That You're Willing To Make Sacrifices For Your Career."

If you don't want kids, not having them isn't a sacrifice. Yes, the time required to build my career is one consideration that went into my decision not to have kids, but if I really wanted them, I'd be able to make both work. Some people just don't want kids regardless of how much time their jobs take up. Also, people are less likely to assume men are giving up families for their careers or vice versa because the assumption is that they can have both. The implication that a woman must remain childfree in order to have the best career possible hinges on gendered assumptions.

Believe me — sticking to my guns is not very hard when, again, I don't want kids in the first place. I am not resisting some primal magnetic pull that compels me to make babies. I am not transcending time by ignoring my supposed biological clock. I honestly just feel "meh" about babies, so sticking to my guns doesn't present any obstacles.

3. "Props To You For Not Caving To Anyone Else's Desires."

If you scroll to 1:25 in the video above, you'll see that 56 percent of people in an (albeit informal) survey would date someone who doesn't want kids, so I think I'll be all right. And even if it's a deal breaker for some people, we're all full of deal breakers, whether that's our religion, our political persuasions, or our dietary restrictions. Along with the stereotype that women all love babies and want them, there's also a notion that men need kids to carry on their family names. Well, just like many women are challenging the idea that they need kids to be fulfilled, many men also don't buy into it. No matter who we date, there are plenty of people who don't in fact want us to change.

Newsflash: You can be independent and have kids. In fact, that's kind of a requirement, since they're the ones depending on you. And not wanting kids doesn't make you particularly independent or rebellious. Believe it or not, for many of us, it's not a political statement but simply a preference. Men who don't want kids aren't considered "independent" because people don't assume kids take away their freedom.

5. "Good For Your For Putting Yourself First!"

This implies that childfree women are a bit selfish, or at least not selfless, but there's nothing selfish about neglecting kids that don't even exist. You can be extremely dedicated to other people who don't happen to be your kids. Mother Teresa never had kids, and was she selfish?

Amanda Chatel writes that she gets this one when she tells people she doesn't want kids — and that it's a really bad reason to have them. Having children should not be about seeing your physical features in someone else (then what about people who adopt?). And even people who have kids should not want them more just because they are aesthetically pleasing. This view objectifies women and their hypothetical children.

7. "Great Job Finding Other Ways To Occupy Yourself!"

I'm pretty sure that entertaining yourself is also a bad reason to have kids, and there are so many other ways to do so. Even parents usually spend the majority of their lives without kids at home, and they find ways to occupy themselves when they don't have kids under 18. You can — I don't know — learn sports, write poems, watch movies, go on tours, go on dates, redecorate your room... the possibilities are endless. And not a single one of them has to involve children.

More like this
How To Fight For Reproductive Rights, Based On How Much Time You Have
By Courtney Young
Sandra Bullock, Girlboss Extraordinaire
By Matt Harkins & Viviana Olen
Lydia Leonard Is Setting The Record Straight
By Olivia-Anne Cleary
4 Most Outspoken Zodiac Signs
By Kristine Fellizar
Get Even More From Bustle — Sign Up For The Newsletter