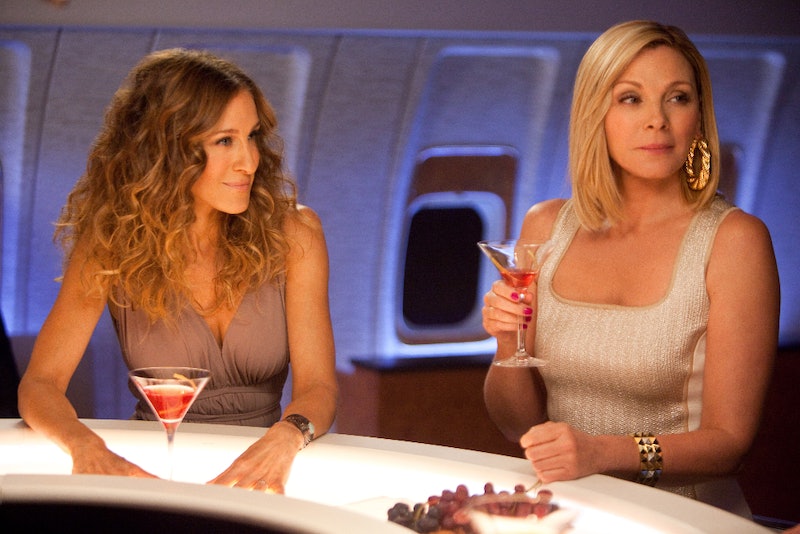 I’m a married woman who isn’t too jazzed about the idea of having kids. Sure, I like them in theory; the way they look in Norman Rockwell paintings, all cute and sipping on milkshakes. But in reality, I actually see them as a pain.

Don't get me wrong, I love the children in my life. I think my nephews are a blast, and the few friends I have who have kids also seem to have created wonderful little monkeys whom I adore. But the best part about other people’s kids is that when they start to throw a fit, I can just pick up and leave. And that's the way I'd like to keep it.

I don't hide the fact that I don’t want kids. When my extended family probes as to when my husband and I will “pop out some little ones,” I tell them that I’m not sure that’s what I want.

I think that if it were, I’d probably feel the urge by now. I feel no urge to have kids, but I do feel a major urge to live my life and travel a lot. That’s where my fantasies lie; not in the thought of nine months of pregnancy, dirty diapers, and hoping my child is accepted into one of the top nursery schools in the city.

Of course, everyone has their opinions on the matter. If you also don't want kids, you know that there are some things that you just get tired of hearing from the peanut gallery. Things like..,

BUT WHO WILL TAKE CARE OF YOU WHEN YOU’RE OLD?

Once I’m too old to take care of myself, and all my loved ones have died, I’m sure there will be a lovely nurse somewhere dressed in white who will bring me three square meals a day. Thanks for your concern, though.

Maybe, maybe not. But it’s my mind to change and not yours. Presumptuous much?

YOU DO REALIZE YOU’RE RUNNING OUT OF TIME, RIGHT?

I can’t even with this one, especially since we live in a world where women are having babies into their mid and late 40s. That gives me well over a decade to have kids, you know, IF I change my mind.

I NEVER KNEW HOW IMPORTANT LIFE WAS UNTIL I HAD KIDS

Good for you! I’ll make you a medal with glitter and heart stickers, then get back to my meaningful life.

HOW DOES YOUR HUSBAND FEEL ABOUT IT?

He feels that it’s my body, and he already has a kid. Why add to the world’s population problem?

Nope, not at all. I do find them annoying, but I don’t HATE them. Though I do have a disdain for humanity in general, so there’s that...

And I think it’s weird that you make generalizations about women.

Isn't it selfish that you didn't adopt?

HOW DO YOUR PARENTS FEEL ABOUT THIS?

They’re fine with it. They already have two grandkids, so why be greedy about it and want more?

BUT WON’T YOU AND YOUR HUSBAND BE BORED WITHOUT THEM?

You want to know how I spent my summer? In 13 different countries, on the beaches of Europe and New England, not having to be at the beck and call of my adorable offspring. Does that sound boring to you?

YOU SHOULD WANT TO GIVE YOUR NEPHEWS COUSINS!

Yes, you're right, that's totally a reason to have children.

Nope. I did get pregnant once, but we all know how that ended.

HAVE YOU TALKED TO YOUR DOCTOR ABOUT THIS?

Yep. And she doesn’t want kids either.

IS IT BECAUSE YOU CAN’T GIVE UP DRINKING FOR NINE MONTHS?

Although I do love me a two-day hangover, that is not my rationale, no.

YOU SHOULD REALLY EXPERIENCE THE MIRACLE OF CHILDBIRTH

Why? Just because you did? Besides, once my sister showed me her mucus plug, I realized that I don’t ever want a mucus plug of my own.

BUT YOU’D HAVE SUCH CUTE KIDS!

Um, thank you? But honestly, duh. Obviously, my kids would be awesome in every way possible! Pretty sure that's also not a good reason though.

BUT WHAT ABOUT ALL THE WOMEN WHO CAN’T HAVE THEM?

What about them? Am I supposed to have kids because someone else can’t?

I think we can all agree this is just a straight-up insult.

SOMEDAY, YOU’LL REGRET NOT HAVING THEM

Thanks, ghost of motherhood past.