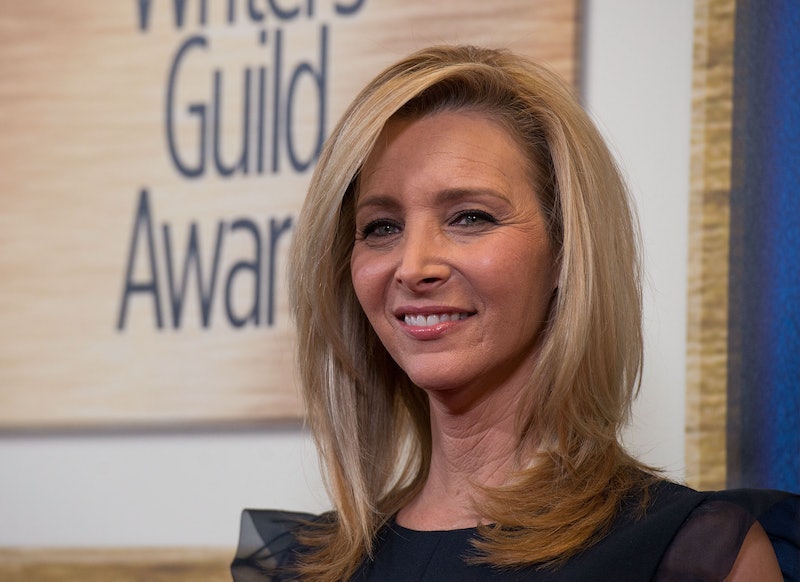 It's been a great year... for the 1990s. In addition to lots of '90s TV shows being brought back, many '90s stars have guest starred on TV in 2015. From meaningful recurring roles to brief cameos to bizarre impersonations, these familiar faces have had a good deal of screen time this year. Some of them, like Lisa Kudrow and John Stamos, have had shows of their own, and guest starred on the side. Others, like Jaleel White and Macauley Culkin, have been more under the radar since their '90s stardom. It makes sense why actors would be interested in taking on these little roles from time to time; it's probably a good way to keep the checks coming in without overcommitting.

It also makes sense why networks are interested in securing these folks for their shows. In a time of peak '90s nostalgia, it's an easy way to bring in viewers who might not watch a show normally, but will if it includes a familiar face from a show they loved so dearly. Come on, you know you lose it when Julie from Friends shows up on an ABC Family drama. And not only were these '90s faces plentiful, they actually brought a little spice to their respective shows.

The Full House star, who will soon return to Fuller House, appeared in the musical TV comedy event Galavant as a rival knight.

The Saved By The Bell star and TV host appeared as himself in an episode of Nashville's third season this year.

The Seinfeld, and now Veep, comedian appeared in a now legendary Inside Amy Schumer sketch, teaming up with Tina Fey and Patricia Arquette to celebrate their "last f**kable day."

Kudrow has acted quite a lot since her iconic role on Friends, but she had a great and oddly poignant arc as the voice of Wanda, an owl love interest, in Netflix's animated BoJack Horseman.

Another Seinfeld alum, Jason Alexander appeared both in a couple episodes of The Grinder, as well as on an episode of Drunk History as Boss Tweed.

The actress, whom many still associate with My So Called Life, appeared in an episode of Aziz Ansari's Master of None in 2015 as Nina, a food critic.

The star of the Home Alone movies appeared on the new comedy The Jim Gaffigan Show this year, playing himself.

Though Sex and The City came at the end of the decade, it is still very '90s to me, and it was a great throwback to see Miranda as a couples therapist on The Affair this year.

Norris, who played Minkus on Boy Meets World, joined his many others former cast members who appeared on the reboot Girl Meets World.

The Can't Hardly Wait and Empire Records star appeared in the sixth season premiere of The Walking Dead, in a brief appearance that predictably ended in gruesome death.

Another My So-Called Life star, Gummersall appeared on the final season of Mad Men as a love interest of Peggy Olson.

The Full House star joined his buddy John Stamos on his show Grandfathered.

Tom, who notably played Julie (Ross' girlfriend) on Friends, made many fans freak out when she appeared as a lawyer on the latest season of Pretty Little Liars.

It's almost time for some holiday downtime, so why not go back and watch some of these shows you missed? The end of the year is the perfect time for nostalgia, especially of the '90s variety.