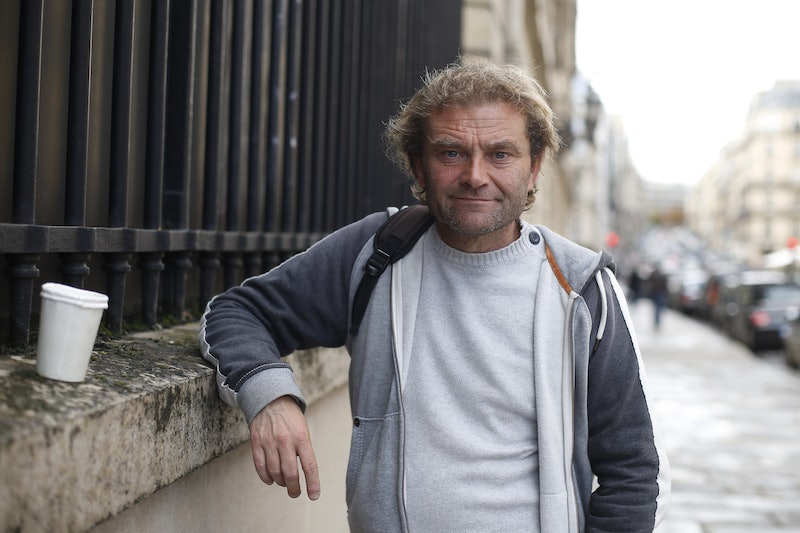 It's a bittersweet December for one man in France. Jean-Marie Roughol, a homeless man, wrote a bestselling memoir, titled Je tape la manche: Une vie dans la rue (My Life as a Panhandler: My Life on the Streets). Despite selling 50,000 copies, however, Roughol is still homeless two months after publication, and he says he won't receive any royalties for 10 more months.

Je tape la manche's success has led to reunions with some members of the author's family. One estranged brother saw Roughol on television, and only then learned of his homelessness. He seems excited about the prospects of meeting his family again: "Now I have nieces and nephews who want to meet me — imagine! — when I have always been alone."

The 47-year-old has lived on the streets of Paris for 27 years, ever since he lost a food service job as a young man. The advance from Je tape la manche was not enough for Roughol to move into permanent housing. He did, however, purchase a smartphone, which he uses to keep up with his fans on Facebook.

When his royalties come in next October, Roughol hopes he will be able to move into an apartment and open a creperie. He doesn't think Je tape la manche will be his only book, however: "When I have my own apartment I will buy a computer so I can continue writing books."

More like this
30 Books To Read This AAPI Heritage Month
By K.W. Colyard
9 Must-Read New Books Out This Week
By K.W. Colyard
The Most Anticipated Books Of May 2022
By K.W. Colyard
Danny Boyle's 'Pistol' Explores The Extreme Highs & Low Of An Iconic '70s Band
By Rachel Mantock
Get Even More From Bustle — Sign Up For The Newsletter