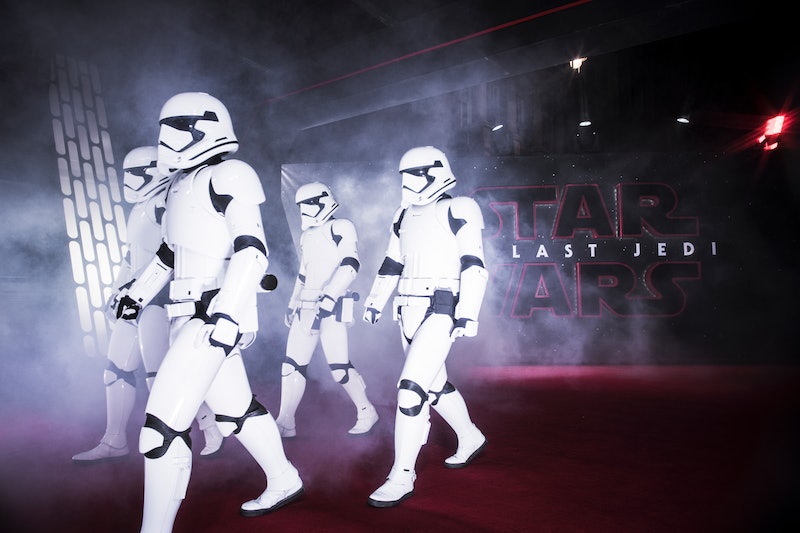 What in the world do you get the Star Wars-obsessed loved one in your life this holiday season? Because whether it’s your boyfriend or your sister or your office cubicle-mate, you’re probably looking for any gift that could come close to making them as happy as the impending release of Star Wars: Episode VII — The Force Awakens has over the last few months. And since the only thing that anyone knows about the movie has been what the studio has released in the form of teasers and trailers, may I suggest giving them the gift of humor this holiday season? This time, in the form of this Funny or Die spoof, Star Wars Holiday Special , perhaps? After all, I can’t think of anything that would make the Stars War fan in your life happier (other than, like, advance tickets to the new film). And since no one I know has a direct line to George Lucas himself, it might be easier to pass this link along to make their Christmas merry and bright.

There is so much to love about this Star Wars Holiday Special. First of all, it’s nine minutes of adorable robots rolling about and making sweet sounds, which is enough to get fan excited. And then there’s the fact that Jason Alexander makes an appearance, earnestly trying to help BB-8 solve the problem of no more Droid Day. Not to mention, the more surprising moments in the spoof, including all that fabulous canned laughter, and being able to rock out to the break of dawn with Train.

There are also plenty of throwbacks to the original Star Wars movies, and references to rumors about the new movie, which means it’s a parody that even the most earnest Star Wars fans will appreciate. With Luke Skywalker's hand making appearance halfway through the video (still attached to his light saber, no less) and BB-8 addressing the rumor that Luke Skywalker might be making an appearance in the new movie (spoiler alert: he’s not), this spoof really is the perfect gift for anyone who is counting down the hours and minutes until The Force Awakens is released.

So pass it along to the diehard fans in your life. I can’t think of a gift they would love more.