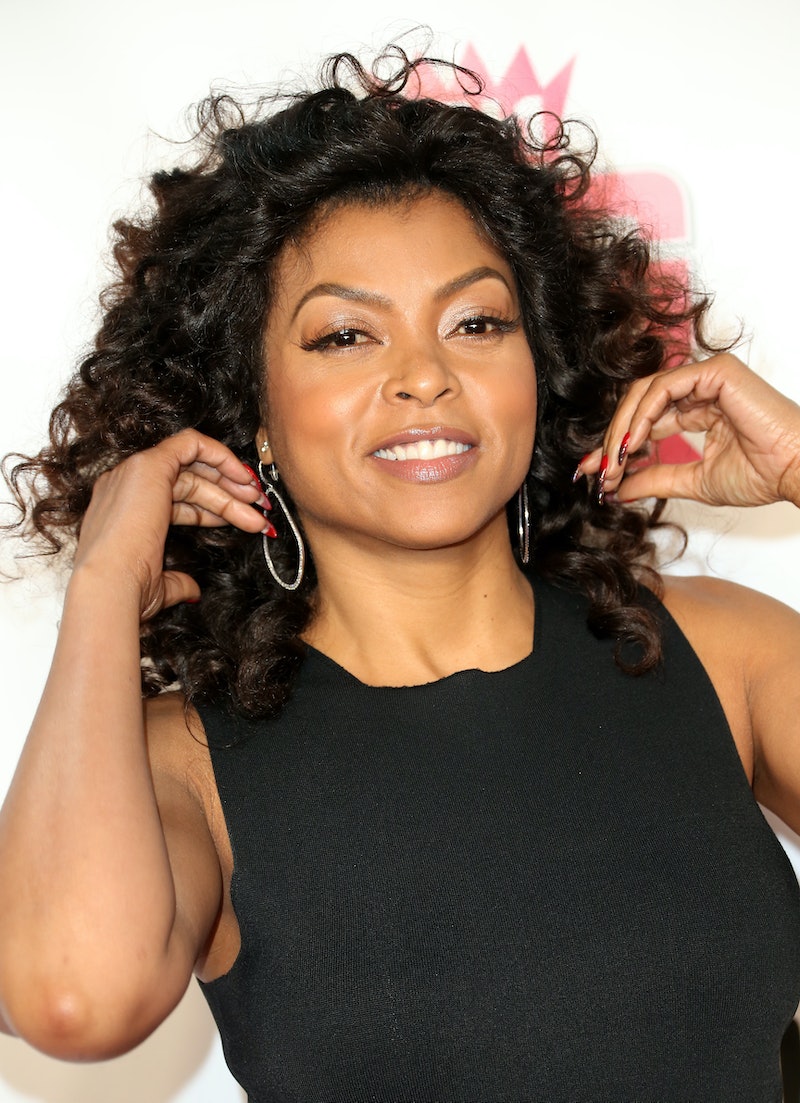 There are certain things that would impress Empire's Cookie Lyons, and Taraji P. Henson's custom dressing room is one of them. According to various reports, the Emmy-nominated actress is selling her Hollywood Hills home, which includes a bedroom that has been converted into a fashion and beauty sanctuary complete with a salon chair and shampoo bowl. Does anyone have $3.25 million that I can borrow, because Henson's dressing room is goals.

Henson bought the four-bedroom, five-bathroom property, located in Hollywood's Beachwood Canyon, back in 2011. Photos of Henson's house reveal her fabulous taste in exotic architecture mixed with local flair. Both the exterior and interior of the property has Moorish-inspired touches, from the intricately carved door, to the exquisite Moroccan chandeliers, as well as an outdoor space that boasts ridiculous views of the L.A. skyline. But the pièce de résistance truly is Henson's dressing room, with its lit up vanity table, large mirrored closets, and the salon-inspired furniture.

The gorgeous home is also a testament to how far the actress has come ever since she first moved to L.A. “It was a struggle,” Henson told W . “But my son grew as my career grew. I never had a nanny — I did TV so I could be home with him. I wasn’t making my millions, but I was able to fulfill my dreams and be a mother.”

And now, one lucky person will be able to enjoy the same home that Henson worked hard for and deserved. In a perfect world, we would all be able to take a peek at what her dressing room looked like while she lived there, but at least we can imagine what was inside Henson's dream closet. Here are nine things that I bet we'd find:

Henson's taste for glamour rivals that of her TV character Cookie.

From tons of accessories to this awesome catsuit, the actress probably owns several feline-inspired pieces.

Because, of course she does.

Why else would Henson have a Hollywood-style vanity table plus that salon set-up?

She probably lounged around her backyard and pool in dozens of fierce bathing suits.

As a longtime L.A. resident, Henson took advantage of the great weather for lots of outdoor activities.

Nothing but the best for the busy actress on-the-go.

An LBD Or Two (Or Three)

It's a wardrobe staple, plus she looks super chic in them.

More like this
Gabourey Sidibe Wore A Traditional West African Wedding Dress On The Cover Of Brides
By Dominique Norman
Machine Gun Kelly Wore A $30K Diamond Mani To The BBMAs
By Paris Giles
How To Master Baby Braids, According To TikTok
By Tomi Otekunrin
A Comprehensive Look At Blake Lively’s Glamorous Style
By Allie Fasanella
Get Even More From Bustle — Sign Up For The Newsletter