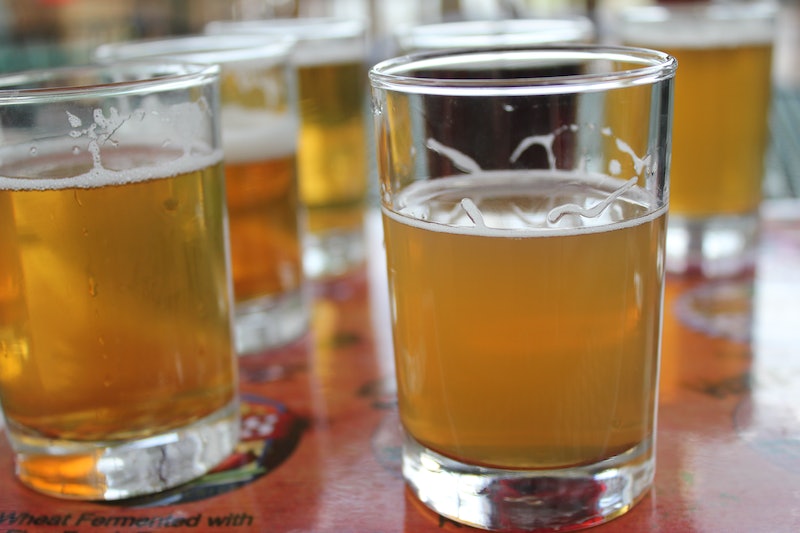 No one likes taxes, but sometimes they make sense. According to research on a recent tax hike in Maryland, at least one kind of tax has a surprising social benefit — alcohol taxes reduce STDs. The ends don't always justify the means, though, so it's far from clear that alcohol taxes should be implemented for this specific purpose.

Back in 2011, the state of Maryland raised alcohol taxes from six to nine percent for the purpose of reducing underage drinking and drinking-related crimes. Commentators expressed doubts that the tax would affect alcohol consumption very much, but apparently something did change, because when researchers examined STDs rates in Maryland before and after the alcohol tax hike, they found some effects.

After the higher new alcohol tax took effect, gonorrhea rates in Maryland decreased by a hefty 24 percent. The trend held even in light of data from other states, suggesting that the decrease of gonorrhea in Maryland was not just coincidentally part of some larger national downswing. Chlamydia rates, however, were unaffected (researchers hypothesize that, since chlamydia is more often an asymptomatic disease and occurs in a less geographically specific way, it would be less sensitive to reduced alcohol-fueled sexual behavior). These findings update and build upon similar findings from researchers looking at other states' alcohol tax changes in the past.

STDs are tricky because they lie somewhere on the continuum between personal health problems and public ones. Although STDs are harder to catch than, say, the flu (which easily spreads from person to person through casual contact or just being in the same place), their high rates of transmissibility and potentially devastating effects make them worthy of public attention. Gonorrhea in particular is becoming antibiotic resistant, meaning that unless something changes about how people spread and treat it, it may go back to being incurable (yikes).

Assuming that this study on the alcohol tax and gonorrhea is accurate, it raises complicated political questions. Taxes are sometimes used to shape behavior, but they have other more primary purposes too — most obviously, to fund public expenditures. Why should people who like alcohol be expected to foot more of the bill for things like roads? Even drinkers who practice safe sex would have to pay the tax, after all. In Maryland, the tax was to be used in part for services for the disabled, but aren't these services everyone's social responsibility?

In any case, getting drunk and having sex is certainly nothing new, and we can safely assume it will continue to happen even if the taxman interferes a bit. Though you can't control what other people do, you can take charge of your own safety, so make sure that you're not letting that one additional drink come in between you and your sexual health — financial issues aside.