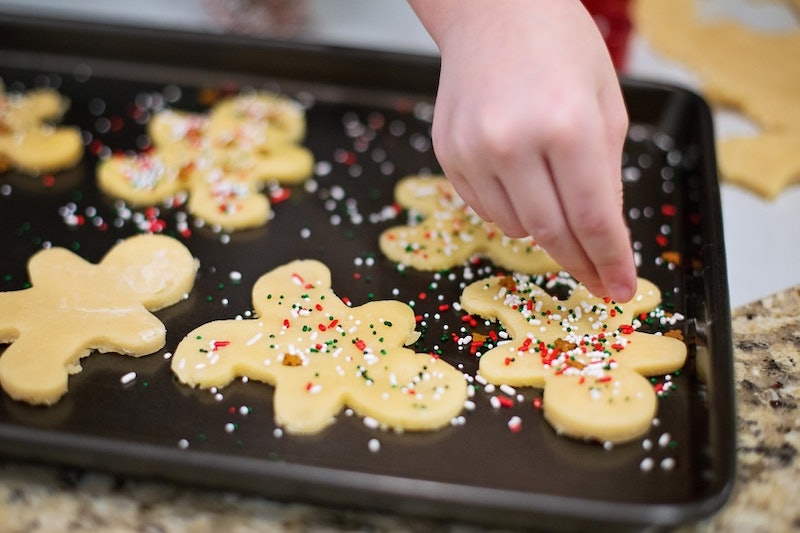 All this isn't to say that recently added Christmas traditions aren't still wonderful. They are! And all of these are much loved and iconic parts of Christmas that we're not going to do away with simply because they're not "authentic" enough. I mean unless we want to behave like caricatures of bearded hipsters on a constant quest for authenticity. Which we don't. What we want to do is continue to enjoy Christmas, with traditions both ancient and new. Here are some Christmas traditions you might not have realized were added to Christmas more recently than others...

The Santa suit first emerged, the way we know it now, in Thomas Nast drawings in 1892. But the popularization of red suit is attributed to Coca-Cola, when Swedish artist Haddon Sundblom colored the black-and-white representation red in their advertisements in 1932. There had been depictions of Santa in red in that 40 year gap — however, the image of Santa we know today was popularized (and made the primary Santa depiction) by Coke with that one ad.

The concept of wrapping paper for gifts was accidentally invented by J.C. and Rollie Hall in 1917. After running out of tissue paper to wrap products in at their store after a particularly busy retail season, they used French paper intended for lining envelopes instead. As a joke, they displayed the paper and sold it for 10 cents a sheet, until it sold out, and by 1919, they were printing paper specifically for wrapping gifts.

Decorated trees didn't become a thing in America until German and English immigrants bought ornaments over with them in the 1840s. Even still, the US didn't start producing its own ornaments until 1939 (until then we were importing from Europe and Japan). In 1973, Hallmark introduced sets of ornaments in the format of 6 glass balls sold together, which began the tradition of Christmas collectibles and indeed, buying ornaments in matching sets.

Even though gift giving at Christmas goes back as far as the Three Wise Men visiting baby Jesus in the manger with their offerings, gift-giving at Christmas didn't become popular until the late 1800s. Considering Jesus was born around 1 B.C., that's a really long time to ditch, and then reclaim, a tradition. It wasn't until 1867, when Macy's New York stayed open until midnight on Christmas Eve, that we really started to solidify the tradition the way we do today.

Live Christmas trees are a diminishing tradition, and a lot of families now invest in life-like, but artificial, trees they use again and again, in the name of environmental preservation. Artificial Christmas trees were first created in Germany in the 1800s, but it wasn't until the 1960s they became popular in America.